First Lady Melania Trump is embracing the spirit of bipartisanship for Tuesday’s State Dinner with French President Emmanuel Macron and French First Lady Brigette Macron — at least, when it comes to the menu and decor.

The Office of the First Lady released details about the Trump administration’s first state dinner on Monday, revealing a menu that features greens from the White House kitchen garden, which was planted by Michelle Obama in 2009, and a china service that will include pieces from Bush 43 and Clinton’s services.

The Clinton china services coordinates with the dinner’s gold and white color scheme while the Bush service will complement the green and white floral arrangements that will pepper the State Dining room. According to the White House, there will be over 1,200 branches from American-grown cherry blossoms lining the Cross Hall and the State Dining Room will be decorated with 2,500 stems of white sweet peas and 1,000 stems of white lilac.

The Trumps, the Macrons and their guests will dine on food that showcases “the best of America’s cuisines and traditions” with some French influence: the main course is a rack of spring lamb and Carolina Gold rice jambalaya cooked with celery, peppers, onions, and herbs from the South Lawn. Dinner will be served with a Chardonnay that is described as “the product of American and French collaboration” and a Pinot Noir that is fermented in French oak barrels. For dessert, they’ll have nectarine tarts with crème fraîche ice cream.

The full guest list has not yet been released, but Politico reports the Trumps’ first state dinner will be understated in comparison to the Obamas’ affairs, which included lengthy guest lists packed with stars. While Grammy Award-winner Mary J. Blige was tapped by the Obama White House to perform at the 2014 dinner for then French President François Hollande, the Trump White House has selected the Washington National Opera to provide the featured entertainment.

Aside from the dinner, the Trumps and the Macrons will plant a tree on the South Lawn upon the French couple’s arrival at the White House. They will also take a scenic tour of the National Mall aboard Marine One and end at Mount Vernon, President George Washington’s estate. On Wednesday, Macron will address a joint session of Congress.

Read the full details from the White House below. 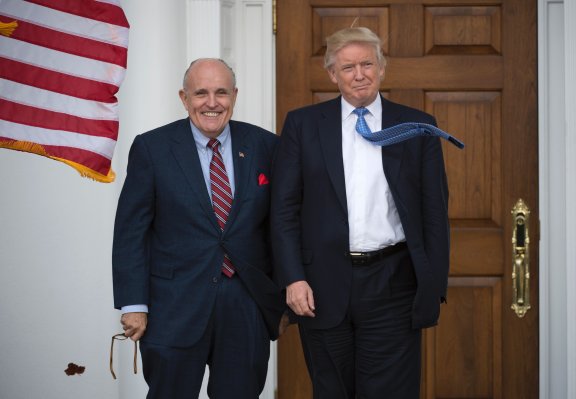