A wax figure of the Queen that made an appearance outside the Lindo Wing following the birth of the third royal baby has stolen the Internet’s heart.

Following Kensington Palace’s confirmation that Kate Middleton had successfully delivered a baby boy at 6 a.m. Eastern Standard Time on April 23—the new prince weighs 8 lbs. 7 oz. and both he and his mom are healthy—the fake Queen Elizabeth II rode past the crowds gathered outside St. Mary’s Hospital in a black cab.

The prank was apparently a hit among those waiting for the Duke and Duchess of Cambridge’s first public appearance with their new son. “Wax model of Queen put inside a black cab and drives past hospital,” TVNZ reporter Joy Reid tweeted. “Crowds find it very funny.”

And for those who weren’t able to catch the drive-by in real time, the humorous moment was soon available to watch on repeat in GIF-form. “I think @AdrienneVogt just won #RoyalBaby day with this GIF of a prankster driving a fake Queen past the Lindo Wing,” quipped NBC News’ Fiona Day. 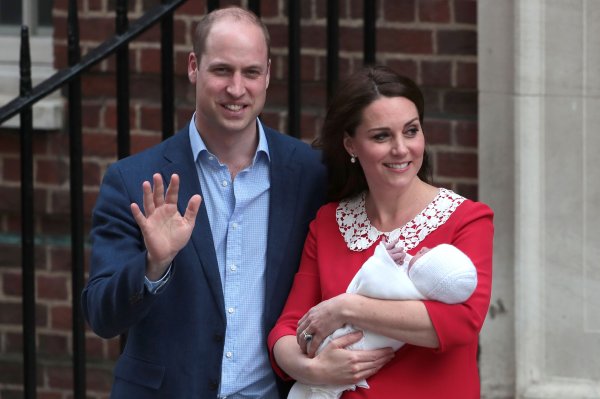 Kate Middleton Just Appeared After Giving Birth to Third Child. Her Red Dress Has a Sweet Hidden Meaning.
Next Up: Editor's Pick