Over 100 retired military leaders have joined the list of outside groups voicing concern about President Donald Trump’s pick to lead the Central Intelligence Agency.

In a letter to members of the U.S. Senate, 109 retired generals and admirals said they were “deeply troubled” by the prospect of Gina Haspel being named CIA director given her links to the former U.S. torture program.

“We devoted our lives to the defense of our country. We know that fidelity to our most cherished ideals as a nation is the foundation of our security,” the letter reads. “It would send a terrible signal to confirm as the next Director of the CIA someone who was so intimately involved in this dark chapter of our nation’s history.”

Haspel has been at the CIA for more than 30 years, most recently serving as the Agency’s deputy director. The agency has released general information about her long career as an officer and details about her personal interests, but has offered little insight into areas of her career that have raised concern, including her time heading up a CIA “black site” in Thailand, where detainees were subjected to waterboarding. Last week, CBS News obtained a declassified 2011 memorandum that cleared Haspel of wrongdoing in regard to the destruction of videotapes that show al-Qaida detainees being interrogated.

The memo says that while Haspel drafted a cable to authorize the destruction of the tapes, blame for their destruction should be placed on the former head of the CIA’s clandestine service, Jose Rodriguez, Jr. “I have found no fault with the performance of Ms. Haspel,” the memo reads. “I have concluded that she acted appropriately in her role as Mr. Rodriguez’s chief of staff.”

But many, including members of the Senate Intelligence Committee and the military leaders who signed on to the April 23 letter, are calling on the CIA to declassify more material about Haspel’s full role in the interrogation program.

“Given the serious allegations made against Ms. Haspel, we urge you to insist on full declassification, with appropriate redactions to protect sensitive national security information, of all information regarding her role in the rendition, detention, and interrogation program,” the military leaders write in their letter.

Democratic Sens. Ron Wyden of Oregon, and Dianne Feinstein of California, both members of the Intelligence Committee, criticized the CIA for its selective release of information about Haspel in separate statements on Friday.

“The CIA has not been forthcoming,” Feinstein said, noting that she and other members have made five requests that more information about Haspel’s background be declassified. “Senators and the public need to know more about her record.”

Outside pressure on members of the Senate to oppose Haspel is growing ahead of her May 9 confirmation hearing. Last week, anti-torture groups, faith leaders, and elected officials signed on to letters calling on members to oppose her nomination. In their April 23 letter, the military leaders say that if Haspel is shown to have “played any role in carrying out, supervising, or directing any form of torture or detainee abuse, or the destruction of evidence relating to these activities, we urge you to reject her nomination.” 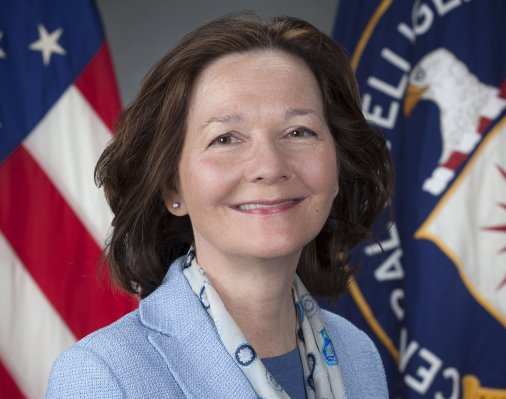 Anti-Torture Groups Are Pushing Congress to Block Trump's Nominee to Head the CIA
Next Up: Editor's Pick