Freshman Republican Congressman Vance McAllister from Louisiana has admitted that video surveillance allegedly showing him kissing a staffer who is not his wife, is of him.

First reported by the Ouachita Citizen, a West Monroe, La., newspaper in the Congressman’s district, the grainy video from December — which the paper says it received from an anonymous source — shows a man turning off the lights in a hallway before briefly exiting the frame. When he comes back in frame, he is joined by a woman and the two kiss passionately before exiting the building. None of the footage, which the newspaper says was shot in McAllister’s Monroe district office, clearly shows the faces of the two individuals. The woman is identified by the newspaper as McAllister’s district scheduler.

On Monday, McAllister issued a statement to the News Star, a newspaper based in Monroe, La., admitting he is the man in the video. “There’s no doubt I’ve fallen short and I’m asking for forgiveness,” McAllister said in a statement. “I’m asking for forgiveness from God, my wife, my kids, my staff and my constituents who elected me to serve.” The newspaper also identified the staffer as Melissa Anne Hixon Peacock, 33. She reportedly no longer works for the Congressman.

“Trust is something I know has to be earned whether you’re a husband, a father or a Congressman,” McAllister’s statement reads, according to the News Star. “I promise to do everything I can to earn back the trust of everyone I’ve disappointed.”

McAllister won a Nov. 16 special election to replace Representative Rodney Alexander, who vacated his seat after he was named the secretary of the Louisiana Department of Veterans Affairs in August. McAllister campaigned as a devout Christian, using his faith and his 16-year marriage to appeal to conservative voters. In January, he invited Willie Robertson, a member of the controversial reality-television show Duck Dynasty, to be his guest at the State of the Union address.

The Ouachita Citizen says on its website that it has a paid circulation of 5,200.

This post was updated to include McAllister’s admission that he is the man shown in the video. 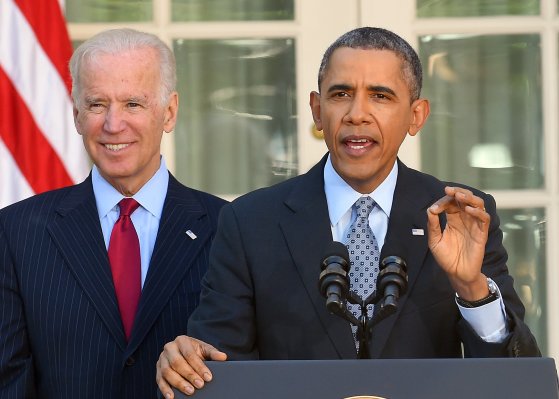 Uninsured Rate Drops to Lowest Point Since 2008
Next Up: Editor's Pick