Michael Bloomberg has pledged $4.5 million to support the Paris climate agreement, as the administration of President Donald Trump retreats from the landmark accord.

The billionaire philanthropist and former New York City mayor announced on CBS’ Face the Nation Sunday that his personal donation would contribute to meeting America’s commitment to the pact.

“America made a commitment and as an American if the government’s not going to do it we all have responsibility,” Bloomberg said.

Bloomberg, who has been a vocal critic of President Trump’s climate policy, said that the U.S. was currently acting as “part of the problem” under the Trump administration. “America is a big part of the solution and we should go in and help the world stop a potential disaster,” he added.

Last year, the Trump administration announced its intention to withdraw from the pact, but hinted that the U.S. could honor its pledge if the agreement was renegotiated to better benefit American workers. 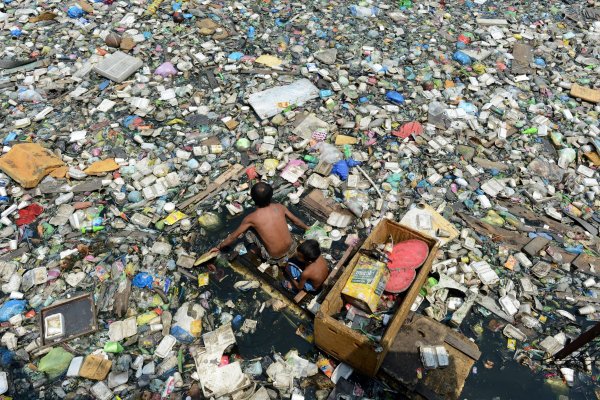 See How Many LEGO Skyscrapers You Could Build With a Year's Worth of Ocean Plastic Waste
Next Up: Editor's Pick