The internet woke up to news that Beyoncé and Solange Knowles fell onstage Saturday night during Beyoncé’s Coachella – and people are still trying to figure out what, exactly, happened.

The sisters revived their sibling dance-off from weekend one (in incredible new outfits, of course) but this time it appears that either Beyoncé tried to pick up Solange and they both fell, or a giant hug from Solange knocked them both out. There’s even some speculation that Beyoncé may have even dropped Solange.

The sisters recovered, doing an almost-rehearsed-looking leg kick, jumping up and laughing. But not before people on social media took notice:

There is even a Twitter Moment dedicated to the fall:

The adorable sister snafu wasn’t the only new part of Beyoncé’s critically acclaimed performance at Coachella (or Beychella): Queen Bey also debuted new costumes and a duet with J Balvin. 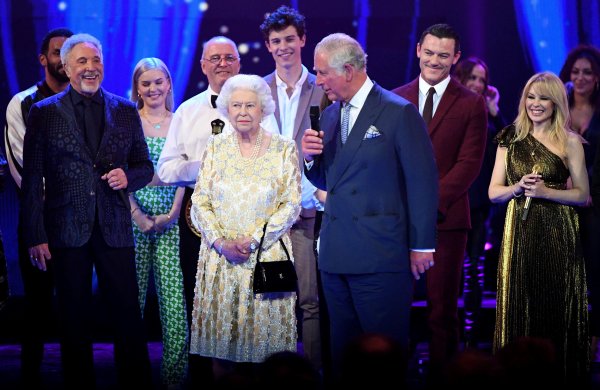 The Queen's Reaction to Prince Charles Calling Her 'Mummy' Is a Crowning Achievement
Next Up: Editor's Pick