Southwest Airlines cancelled about 40 flights Sunday as the airline stepped up efforts to inspect the engines of its Boeing 737 fleet on the heels of last week’s deadly engine explosion on Flight 1380.

The airline voluntarily announced inspections of engines in the CFM56 family – which powers nearly all of Southwest’s fleet – on Tuesday, after a passenger died when she was partially sucked out of an aircraft window that had been shattered in by the engine blast.

Inspectors now believe that the CFM56-7B jet engine failure occurred when one of the engine’s fan blades broke off and came loose. The mid-air incident forced the New York to Dallas flight to make an emergency landing at Philadelphia International Airport. CFM56-7B engines are the most common engines on Boeing 737s, which are the most common commercial aircraft in the world. Southwest’s entire fleet is made up of Boeing 737s.

“Today, we have only canceled about 40 flights due to fan blade inspections out of a planned schedule of almost 4,000 flights. The cancellations are minimal (1% of todays flights),” a Southwest spokesperson told TIME. “We have minimized flight disruptions this past week through actions such as proactive aircraft routings to cover open trips and utilizing spare aircraft, when available.”

Southwest said that the inspections were already scheduled and were not prompted by the Federal Aviation Administration’s order on Friday that “requires operators to inspect fan blades on certain CFM56-7B engines within 20 days.” The airline did, however, acknowledge the FAA’s directive on Twitter.

The announcement that Southwest was already accelerating its inspection process as a precautionary measure was posted by the airline last week: “The accelerated inspections are being performed out of an abundance of caution and are expected to be completed over the next 30 days.”

The FAA’s inspection order applies to CFM56-7B engines, specifically engines with more than 30,000 total cycles from new, the directive reads.

The FAA says that the engine manufacturer “estimates today’s corrective action affects 352 engines in the U.S. and 681 engines worldwide.” 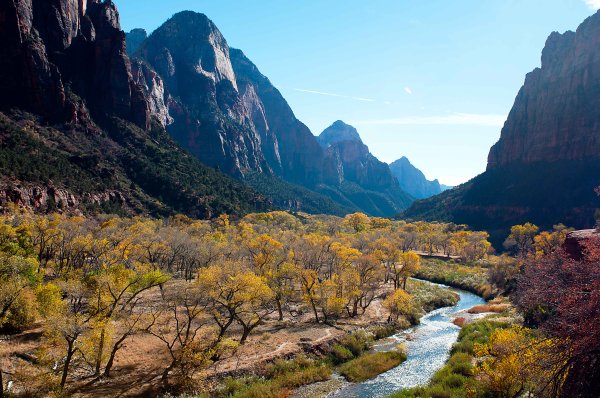 Tips on Visiting 26 National Parks, Straight From Park Employees
Next Up: Editor's Pick