“It’s long overdue,” Kwan said Tuesday at the TIME 100 Gala in New York City. “It’s just so overwhelming whenever I see it. It’s like seeing my family up on screen. It’s a tremendous honor to be associated with the movie.”

The movie took five years to come into fruition, Kwan said, adding that the entertainment industry will learn from the film when it debuts in August. “I really hope that Hollywood will look at these actors individually and see how talented they are and find new roles for them.”

His guest, actor Michelle Yeoh—who is best known for her role in Crouching Tiger, Hidden Dragon and who stars in Crazy Rich Asians as the leading male character’s strict and judgmental mother—echoed his sentiment. “It’s about time,” she told TIME. “Many, many years too late.”

Wu, who stars on ABC’s Fresh Off the Boat, praised Kwan in the 2018 TIME 100 as a “rare male writer who understands women” and who tells culturally important stories.

“Kwan doesn’t focus on making Asians cool,” Wu wrote. “He focuses on making our stories whole. The bits we’re proud of, the bits we try to hide, the tremendous heart that beats underneath it all.”

Kwan was born and raised in Singapore before moving to the U.S. when he was 11, according to his website. After writing Crazy Rich Asians, Kwan also wrote China Rich Girlfriend and Rich People Problems.

Most Popular on TIME
1
Yes, Texas Could Go Blue This Year
2
How Biden Outmaneuvered Trump On Climate
3
An Iconic Star Wars Character Just Showed Up in The Mandalorian 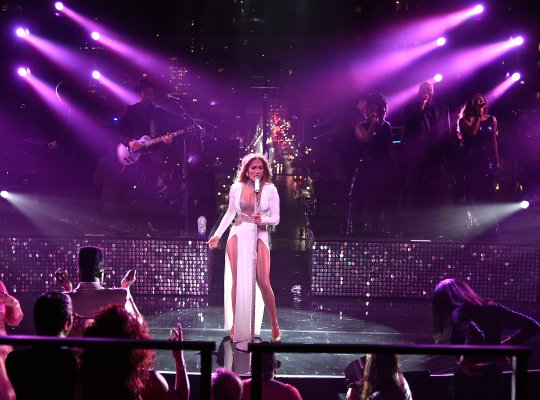 Watch Jennifer Lopez's Performance at the TIME 100 Gala
Next Up: Editor's Pick