There’s still quite a bit scientists don’t know about the microbiome: the vast collection of microorganisms living within your body. What is becoming increasingly clear, however, is that your lifestyle habits, from the foods you eat to the medications you take, may influence these bacterial colonies.

Even drinking seems to have an effect. A new study, published Tuesday in the journal Microbiome, finds that drinking alcohol may alter some of the approximately 700 types of bacteria in your mouth — and probably not for the better.

The study finds that alcohol may give rise to strains of oral bacteria that are linked to a heightened risk of some types of cancer, gum disease and heart disease, while simultaneously suppressing varieties that can protect the body from infection. Past research has found similar results in animals, but the new paper is among the first to demonstrate such a link in humans.

“We know that alcohol is a risk factor for many other diseases,” says senior investigator Jiyoung Ahn, an epidemiologist at the New York University School of Medicine. “This is another scientific rationale, or justification, that heavy drinking is not recommended. We should avoid heavy drinking in terms of maintaining a healthy microbiome.”

After sequencing the bacterial colonies, the researchers found some clear differences in the oral microbiomes of drinkers versus non-drinkers. Drinkers had higher levels of three strains of bacteria linked to disease — including cancers of the head, neck, esophagus and pancreas — and less of a type of bacteria that may protect the body from germs. The more someone drank, Ahn says, the more pronounced these effects tended to be. These differences are likely due to the way bacteria interacts with compounds in alcohol as it’s metabolized, Ahn says.

As with most microbiome findings, Ahn cautions that more research is required to truly understand the way bacteria interacts with the body. In future studies, she plans to examine the specific ways different types of alcohol, such as wine, beer and liquor, affect the mouth.

And though the study wasn’t able to definitively prove that alcohol causes the observed changes in the microbiome — only that the two are associated — Ahn says the signs point to that conclusion. 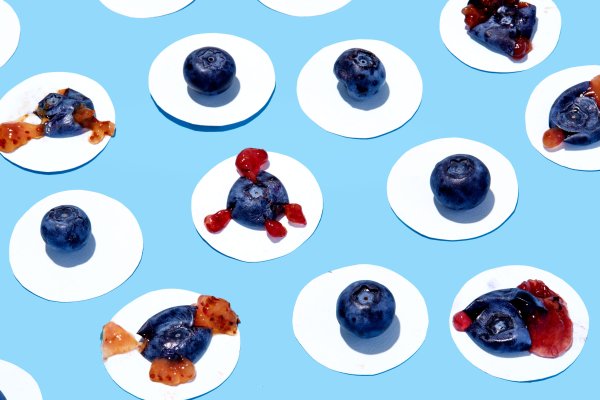 The Best Spring Superfoods to Fuel Your Workouts
Next Up: Editor's Pick