The first season of Westworld, HBO’s epic series about an amusement park for rich people powered by artificially intelligent androids, took viewers for one wild horsey ride around the Old West-themed town. The series covered lots of ground, transporting audiences to the charming village of Sweetwater and the tantalizing action of border town Pariah before finally dropping us off at a black-tie event where the robots rebelled against wealthy guests.

The show’s various timelines sometimes made viewers feel as freaked out as those glitchy first-generation hosts. Just where was everybody — and who were they mad at — by the first season’s end? In anticipation of the Westworld Season 2 premiere on April 22, here’s exactly where we left all the major characters at the curtain dropper.

MORE: Westworld Is Finally Back. And Its Women Are Ready to Take Over

Our last glimpse of Dolores had her shooting Dr. Ford (Anthony Hopkins) in the head and then emanating beams of hatred from her eyes as she gunned down the board members in their black-tie garb in a massacre on the beach. Viva la robot revolution.

From the looks of the trailer, Dolores will lead the android uprising. After all, she’s an O.G. host, and she has a lifetime of torture all saved up to fuel her.

Yes, about Robert: finito. Dolores killed him to kick off the bloodbath festivities in the season finale. Seriously, this guy’s dead.

Ford the man may be dead, but Ford could still be alive in host form. We may discover in Westworld Season 2 that he’s controlling events through coding, kind of like Arnold did in Season 1.

At the end of Westworld Season 1, Maeve is so close to making it out of the park like she always wanted. She’s more determined to leave home than the girl in Bon Jovi’s “Runaway.” But on the train out of that wretched place, she makes a last-minute decision to go back in and find her daughter.

Maeve was acting of her own free will when she decided to nix her escape plan. The show’s creators essentially confirmed this, telling Vulture the decision was all hers, and not Ford’s. But as for Season 2, whether Dolores and Maeve will go up against each other or join forces remains to be seen.

After helping Maeve with her escape plan, we see him at the black-tie affair, saying “These violent delights have violent ends” — a line which might tell us a lot about what to expect in Season 2 of Westworld. He then stands by as Dolores kills his boss and opens fire on a bunch of guests.

Bernard will, as Elite Daily suggests, rescue Elsie (Shannon Woodward), the programmer who disappeared when she went to visit Sector 3 in the theme park — that is, unless he did, as his memory suggests, strangle her.

By the end of Westworld Season 1, he’s fighting the good robot rebellion fight at Dolores’ side.

Teddy might have had a different role in the past. Perhaps he wasn’t always good old Teddy and he could turn out to be a threat to his supposed allies. Unlikely but not impossible.

The Man in Black (Ed Harris):

The Man in Black got pretty wasted and was not sober for the moment when he finally got wounded by a host, Clem. When we see him last, he’s got a self-satisfied smirk on his mug. He’s alive, though — we know from the Westworld Season 2 trailer that he survives.

The Man in Black throws us a real curveball and goes from bad to good, as Inverse suggests as a possibility. As much as this heartwarming turn would make us all drop our milk pitchers, it’s a bit of a stretch for a human to make that kind of a 180-degree transition.

This head woman in charge, the executive director of the Delos board, definitely survived the bloodbath of the Season 1 finale.

We could learn that Charlotte is Arnold’s daughter. If this is true, it would mean that the host-loving mastermind’s spawn became all business and nothing like her dad.

We last see Clem getting in touch with her violent side, shooting and injuring The Man in Black, who’s super pumped about it because he’s been hoping for worthy adversaries all along.

Clem will be a footsoldier in the robot revolt. From the looks of the finale, she certainly looked like she was ready to become a stone cold guest killer.

The last we saw of the no-nonsense programmer, her own mild-mannered boss, Bernard, choked her for being too curious about corporate espionage dealings (while under Ford’s command, of course.)

She’s alive. The show teased that she’s out there somewhere, trying to reach out and get in touch with somebody — you can even hear her alive (but not that well) on the Delos site. This one’s likely.

At the end of season one, Ghost Nation warriors encircle the security chief, and in the words of a Magic 8-ball, the outlook is not good. But he appears in the Westworld Season 2 trailer, so we know he survives by some miracle.

There are at least three Delos parks to explore in addition to Westworld. We hear Stubbs reassuring guests in Season 1 that “parks one, three and six” are undergoing emergency evacuation procedures.” Perhaps Stubbs’ fate rests in one of these other parks. 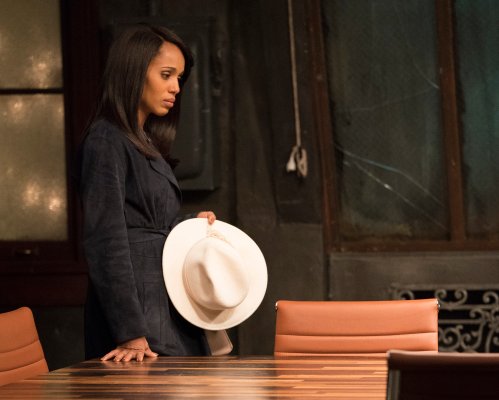