Outside groups are upping the pressure on Senators to reject President Donald Trump’s controversial nominee to direct the Central Intelligence Agency, Gina Haspel, ahead of her May 9 confirmation hearing.

Republican Sen. Richard Burr and Democratic Sen. Mark Warner announced on Thursday that a public confirmation hearing would be held after the Senate breaks for a late-April recess. Trump announced that he’d tapped Haspel to replace Director Mike Pompeo, whom he selected to become Secretary of State, in March, but the president did not send the formal nomination paperwork to Congress until this week.

Haspel has a long history at the CIA, where she’s served since 1985, but her connections to an agency “black site” where detainees were tortured and a decision within the CIA to destroy evidence of interrogations has led to fierce backlash from outside watchers.

On Thursday, a diverse collection of more than 40 national advocacy and civil liberties groups sent a letter to all 100 members of Senate calling on them to oppose Haspel’s confirmation. The groups say they have “grave concerns” about Haspel’s role in the U.S. torture program and believe that any vote related to her nomination would be seen as a “referendum on torture.”

“Some answer these grave concerns by claiming Ms. Haspel is a decorated intelligence professional, experienced, and well-respected at the CIA. That may all be true,” the letter reads. “But responsibility for torture is an extraordinary moral offense that ordinary kinds of qualifications simply cannot overcome.”

Dozens of Virginian elected officials joined with faith leaders and torture victim advocates to send a similar letter to Warner and Sen. Tim Kaine, also of Virginia. “Endorsing Ms. Haspel would reward torture, and send a disastrous message the world over — including to survivors of torture — that there is no accountability whatsoever for those who commit these grave human rights violations,” they wrote.

Two dozen torture rehabilitation centers have also signed on to a letter to oppose her nomination. In that document, the groups detail the suffering torture victims endure including chronic pain, sleep disorders and depression. “That is the legacy of torture — the torture in which Ms. Haspel reportedly was intimately involved and the torture Ms. Haspel reportedly participated in covering up through the destruction of videotape evidence,” the letter reads.

Scott Roehm, the director of the Center for Victims of Torture‘s D.C. office, says the opposition to her nomination is diverse and widespread groups and groups like his will continue to pressure lawmakers to reject Haspel’s nomination in the lead up to the hearing. “The public expects that the Senate isn’t going to promote to lead the CIA somebody who is deeply complicit in torture,” says Roehm. “The closer the hearing and nomination draw, the more that message is going to be clear.”

Haspel’s confirmation hearing had been gearing up to be a contentious one already. Senators have expressed concern about the role she played in destroying torture-related evidence since her name was first floated. Several lawmakers have said they plan to press her about her links to the U.S. torture program in the public forum. Others have called for the declassification of records about her background. A trio of Democratic senators on the Intelligence Committee have repeatedly asked the CIA director to declassify the material.

“In the absence of any meaningful declassification of her career, this public campaign on behalf of Ms. Haspel does a great disservice to the American people,” the Senators wrote in a recent letter. The senators said the more they review classified information, the more “disturbed” they are about Haspel’s actions and the CIA’s unwillingness to let the public see for itself.

“Under these circumstances, it is impossible for the Senate to properly fulfill its constitutional obligation to ‘advise and consent’ on her nomination,” write Democrats Dianne Feinstein of California, Martin Heinrich of New Mexico and Ron Wyden of Oregon.

Roehm agrees that the information should be declassified, but says “we know enough and Senators should know enough at this point to oppose her nomination. She was complicit in torture.” 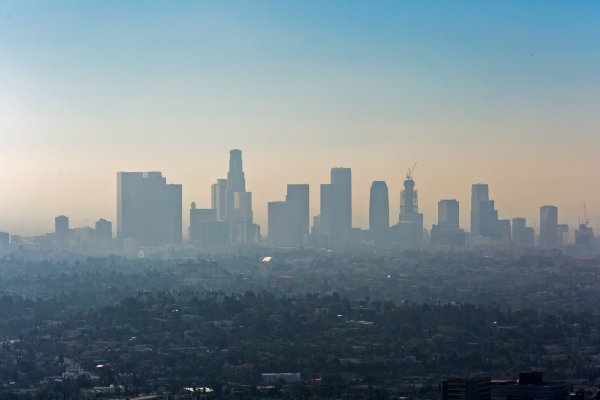 Climate Change Is Making Deadly Air Pollution Worse in Cities Across the U.S.
Next Up: Editor's Pick