Photographs by Peter Hapak for TIME
By Edward Felsenthal

One of the most stirring moments in this year’s billion-dollar blockbuster Black Panther, whose director, Ryan Coogler, and lead actor, Chadwick Boseman, are both on this year’s TIME 100, comes early in the film. A terrorist attack has upended the kingdom of Wakanda. As Boseman’s T’Challa returns to take the throne, his mother, played by Angela Bassett, reassures him, “My son, it is your time.”

TIME’s annual list of the world’s most influential people is a designation of individuals whose time, in our estimation, is now. The TIME 100 isn’t a measure of power, though many on the list wield it. Nor is it a collection of milestones accumulated. As our staff considers candidates, we often find ourselves wowed by those with stunning lifetime achievements. But editorial director Dan Macsai, maestro of the TIME 100, brings us back to the key question: Was this their year?

This has been a year like few others in the two decades since the TIME 100 began. Citing the White House’s more hostile posture toward China, North Korea and Iran, Richard Haass, president of the Council on Foreign Relations and a contributor to this issue, has called this “the most perilous moment in modern American history.” Amid a decided global tilt toward authoritarianism, the same could be said for much of the rest of the world. Accordingly, the 2018 TIME 100 recognizes leaders ranging from Donald Trump to Kim Jong Un—of whom the writer we chose, North Korean defector Hyeonseo Lee, calls “the most dangerous person on the planet.”

In other ways, the TIME 100, always a reflection of its moment, looks quite different than in the past. Influence increasingly knows no single zip code and no minimum age. A record 45 people on this list are under 40—including the youngest designee ever, 14-year-old actor Millie Bobby Brown—and a common theme in the tributes is how much we can learn from them. As Steven Spielberg writes of his regard for Greta Gerwig, the Oscar-nominated director of Lady Bird, “Her elder becomes her student.”

Barack Obama, who has said that his greatest frustration as President was the failure of commonsense gun-safety laws, draws inspiration from the Parkland, Fla., teenagers who organized the March for Our Lives: “They have the power … to reject the old constraints, outdated conventions and cowardice too often dressed up as wisdom.”

Still, the elder-as-teacher remains a powerful theme. “Auntie Maxine”—as actor and incoming Harvard student Yara Shahidi calls Congresswoman Maxine Waters—“has made my generation proud to be nieces and nephews.” Comedian Tiffany Haddish, making her first appearance on the TIME 100, describes how Oprah Winfrey, making her ninth appearance, rose up from an unimaginably rough childhood. “She made her dreams come true,” Haddish writes. “And because I watched her, I did too.” Cher, in her tribute to groundbreaking Olympian Adam Rippon, regrets that when she was young, “I had no role models—everyone looked like Sandra Dee and Doris Day.” Seeing success in someone who looks like you, thinks like you, grew up like you can change the course of a life.

While we remain much too far from gender parity in global leadership, there are more women than ever on this year’s TIME 100—proof that there are ways of changing the world beyond traditional power structures. Among the 45 we recognize: activist Tarana Burke, who founded Me Too; Jennifer Lopez, Issa Rae, Nicole Kidman and Lena Waithe, who took control of their narratives, both on and off screen; Nice Nailantei Leng’ete, who has worked to end female genital mutilation and championed girls’ education in Kenya; Chloe Kim, who’s shredding barriers in snowboarding; and astronaut Peggy Whitson, who recently logged her 665th cumulative day in space—more than any other American.

“In a world that too often tells women to stay small, keep quiet,” as Facebook COO Sheryl Sandberg writes in her tribute to Jacinda Ardern—New Zealand’s new Prime Minister and, at 37, the youngest female head of government on the planet—these women are leading out loud, and inspiring others to do the same. 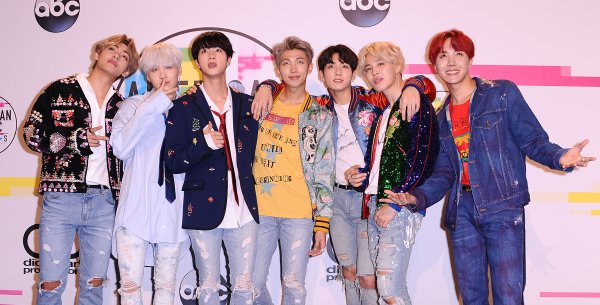