A recent trip to the Temple of Apollo, once home to the oracle of Delphi, reminded me how obsessed we have always been with foretelling the future.

Sometimes, the oracle would offer observations. More often, it would offer slightly ambiguous predictions. Perhaps the most famous was the oracle’s prediction to King Croesus that if he went to battle against Cyrus and the Persians, he would “destroy a great empire.” Encouraged, Croesus took up the battle only to discover at Sardis that the empire to be destroyed was his own.

Even in our scientific age, there is no shortage of fortunetellers, both of the old-world variety and the new and hybrids of the two. Yet in limited fields too, prediction remains a sucker’s bet. One study in 2011 showed the forecasts of political pundits to be no more accurate than a coin toss.

All that expertise and inside knowledge cannot prevail against the simple wild ride of contingency. (We need not even invoke the predictions in the last presidential election, where the oracle of Delphi would have accurately said — a dynasty involved in New York will lose.)

Meanwhile, our own creations surprise us just as much as the world does. Remember when we were kids and everyone thought we would be traveling around on jetpacks? No one said, “When you grow up, you will hold all human knowledge in your pocket.” Yet now that we do, events seem just as unpredictable as the days when we could not google our curiosity away. We know more about today but tomorrow remains as elusive as ever.

It is useful to remember this when considering the most common prediction in history: the coming of the end time. There has yet to be a generation that did not suspect it was the last before the apocalypse, and that sentiment has often reached a fever pitch.

While the Hebrew prophets were actually less interested in fortunetelling than deeply reading the morality of behavior in the present, they did periodically predict destruction — though they envisioned it as the result of bad behavior. (And destruction was a pretty good bet in most ancient and modern kingdoms: sooner or later, you were proven right.)

Norman Cohn’s classic book, The Pursuit of the Millennium, traced outbreaks of “endism” throughout the Middle Ages. The result of believing the world was ending was usually not very salutary: Crusades, revolts and mass hysteria often followed both the predictions and their failure. People become invested in their brand of “futurology.”

Biblical predictions have the ambiguity of the oracle. The book of revelations — which to Christian eschatology is, well, the Bible — has been applied to virtually every historical epoch to show the end is coming. Interpreting ancient predictive patterns to fit today and extrapolating from that to what will happen tomorrow is an ancient practice. (Consistent disappointment does not seem to discourage faith in the Messiah.)

A lesson to take from this is that predicting the future is not only about our state of knowledge. Instead, it says a lot about one’s emotional and intellectual prejudices in the present. Millenarianism is not usually the preserve of the satisfied and comfortable. Most predictions — the stock market, the sports team, the horse race — are less about the world in general than about how that world will affect me.

These contemporary concerns echo those of theologians in the Middle Ages, who were troubled by God’s knowledge of the future, which seemed to limit our free will. If God is all-knowing, then our future actions are known, and we have no choice to change them. They proposed several answers. A particularly ingenious one was that, since the future literally does not exist, God’s not knowing the future is no limitation on omniscience, since it is logically impossible to know that which does not exist. Modern theories about the simultaneity of time throw a wrench into this one, but even older considerations make it less than a satisfactory answer — for if God has knowledge of all the relevant factors in any case, and presuming comprehensive knowledge of the factors (since there is no true randomness in the monotheistic world of medieval theology), God must know what will happen.

We personally experience this form of knowledge-based prediction all the time today, although without the benefits of divinity: if you smoke, you are more likely to get lung cancer; knowing how you behaved last time you got drunk is a good predictor to how you will behave next time. Sometimes our predictive powers are more certain, like turning a key in a lock and predicting it will open. But no matter how perfect one’s knowledge of conditions may be, since quantum physics seems to propose existence exhibits true randomness, perhaps even an omniscient God cannot fully know. So what use is it for us to try?

We will go on predicting, preening like oracles when right and, usually, forgetting what we predicted when wrong. Like Burns’ field mouse, we will suffer from our knowledge of the past and our worry about the future. And we will play the odds, although we do better in more limited circumstances with clearly defined factors. As the picture gets bigger, the odds get less and less clear.

On the biggest picture, the writer Damon Runyon has been credited with saying that the odds on life were 6-5 against. More accurate is that the odds on odds are 6-5 against. We will often get things wrong. So can we not be a little more humble about our certainties, a little more tentative when declaring what we ‘know’ will happen? Maybe if we were less rigid in declaring what the future will be we could be more flexible when it arrives. 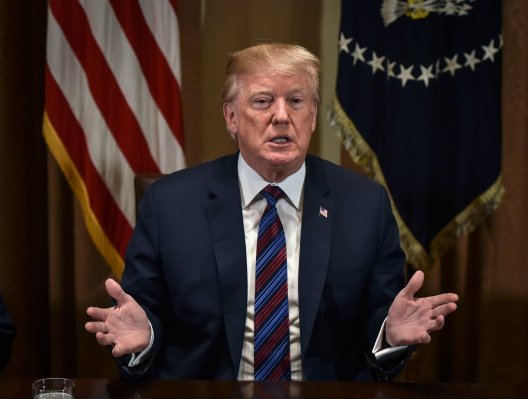 President Trump Can’t Declare War, Only Congress Can. So Why Won't It?
Next Up: Editor's Pick