Why We've Been Fighting About Milk for 10,000 Years

Getty Images
Ideas
By Mark Kurlansky
Mark Kurlansky is the author, most recently, of Milk!: A 10,000-Year Food Fracas.

A quart of milk may sit in virtually every refrigerator, but milk has never been just another food. Its merits and dangers have been argued over for at least the past ten thousand years, making it the center of humanity’s longest-standing health-related, moral, and economic food debates. In the United States, milk was the among the first foods ever to be tested in a scientific laboratory, and today, it is the most regulated food in most countries around the world.

None of this is surprising if we think, as we seldom do, about what exactly milk is — a bodily fluid meant to feed newborns. All female mammals naturally produce it, though its composition varies with each species.

It has always been widely believed that the best milk for human babies is human milk — though somehow even this has been debated. The enduring dispute over the value and healthfulness of breastfeeding mirrors the abortion debate in that it has historically been conducted largely by men, with some even condemning the moral character of women based on their choice to breastfeed or not. The idea that this should be a woman’s decision is largely a modern concept.

Throughout recorded history, if a mother died, was incapable of breastfeeding, or chose not to, there were two alternatives: “natural” or “artificial” feeding. “Natural” feeding involved the use of a wet nurse, a coveted role among domestics usually far better paid than others, and therefore a difficult position to attain. Many societies had legal codes with various provisions for the comportment of wet nurses. Since they were believed to impart their character through their milk, wet nurses had to demonstrate good morals, intelligence, and other desirable attributes. There were even concerns about hair color: whether it was better to have a blond- or a brown-haired wet nurse. (Redheads were to be avoided.) The Romans decreed that wet-nurses should not be “temperamental or talkative.” The ancient Greeks strongly believed that a wet nurse should be Greek.

The alternative, “artificial” feeding — using the milk of other mammals — was, and still is, even more controversial, as the milks of different species contain different amounts of fat, protein, and sugar, leading some to question their healthfulness.

Human milk has 4.5% fat, so presumably our babies need milk of a similar fat content. Camel milk, at 2.5%, would be good for dieting, but not ideal for babies, though it is a better option than whale milk, which, at 34.8% fat, might make a baby human resemble a baby whale.

Though cow’s milk is what fills our refrigerators, few claim that it is the ideal milk for humans. It is designed for the digestive system of cattle, which is nothing like our own system (involving, for example, multiple stomachs), and which is much more capable of digesting complex compounds like lactose. The donkey is thought to be the best candidate for comparable milk composition, but it is not a particularly cooperative animal. Unsurprisingly, then, there are only a few donkey dairies, and donkey milk is usually only found in health food products. Goat’s milk has many ardent fans, including, famously, Indian leader Mahatma Gandhi. Sheep are unproductive and their milk, ideal for cheese making, is a bit fatty for drinking.

So how did it happen that cow’s milk has ended up in our refrigerators? The answer is simply that cows are the most productive and easiest to work with of all mammals. And because of its especially high production rate, the black and white Holstein breed of cow has become the standard all over the world, despite the fact that its milk is arguably of a lower quality than other, less productive breeds.

The growing popularity of “artificial” feeding also led to ethical debates, as in order for milking animals to be both profitable and workable, their young must be taken away at birth. Some animal rights activists object to this, but the newborns, if left to nature, would drink nearly all of the milk during the mother’s most productive months. Also, calves which are taken away and fed by humans become extremely fond of humans for the rest of their lives, perpetuating the cow’s status as the easiest animal to manage. But some cows — not all, as activists like to claim — cry (or moo mournfully) when their young are taken away.

For many centuries, “artificial” feeding or any kind of milk drinking other than by nursing babies was fairly rare. Milk was mostly used to make yogurt, cheese, butter, and other by-products. In liquid form, it was understood to cause illness and even death. No one yet knew why, though they did know that it needed to be cooked, or consumed soon after milking. Often, babies suckled directly on animals to ensure they were getting the freshest, and therefore safest, milk. In European orphanages, goats were most commonly used for this, either because they had a reputation for healthiness or because of their especially accessible udders.

In the 18th and 19th centuries, as drinking milk became more fashionable, Europeans and Americans increasingly turned away from breastfeeding and wet nursing and toward “artificial” feeding. This led to calamity. In big cities such as New York, Boston, Chicago, London, and Paris, children began to die at shocking rates. Milk was particularly dangerous in Manhattan, where dairies were built next to breweries and cows were fed the leftover slop from beer-making. In the 1840s, nearly half the babies born in Manhattan died in infancy.

Eventually it came to be understood that organisms so small they could only be seen in powerful microscopes had contaminated the milk and caused diseases. This discovery, known as “the germ theory,” was made by French scientist Louis Pasteur. He also found the solution: heat. In 1908, Chicago passed the first law making pasteurization of milk a legal requirement. But the argument that raw milk is healthier and better-tasting has never disappeared. Pasteurized milk may be easier to regulate, but few would claim it wins in taste.

In recent years, questions of healthfulness and ethics have emerged for consumers around such topics as organic milk, grass-fed cows, and GMOs. To the farmer, these are all economic issues.

As far as farmers are concerned, the price of milk is too low. Those who can market their cows’ milk as grass-fed, organic, or GMO-free can raise the price accordingly, but in many ways this is easier said than done. Grass-feeding is actually the cheapest way to feed cows, but it results in cows that are less productive. The U.S. regulations for organic qualification are so costly that only large corporations can afford to pursue the label. And while some will pay more for GMO-free milk, non-GMO feed is extremely expensive. So, the public debates while the farmer looks for a way to survive.

There will most likely always be dairies producing milk and milk products, but as the ancient debates continue, new controversies will arise. It may prove impossible to reconcile the competing ethical and economic concerns — history has shown that as civilization develops, it creates more, not fewer, arguments about milk. And among all the other debates is a fundamental question that after ten thousand years still has not been definitively answered: if a dairy did everything right and its milk was perfect, would it be good for you? 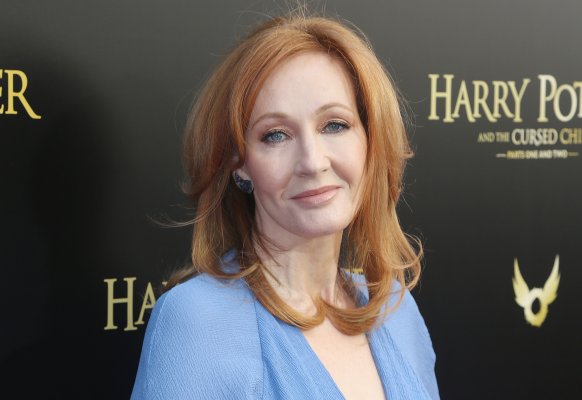