On Family, Giving and Life in Politics: Here Are Some of Barbara Bush's Most Memorable Quotes

Barbara Bush, the beloved former First Lady who passed away on Tuesday at the age of 92, was not one to mince her words.

She was widely known not just for her down-to earth wit but also her remarkable dedication to family — her five children nicknamed her “The Enforcer“. As the only other woman to have been both the wife and mother of U.S. presidents since Abigail Adams, the Bush matriarch cultivated a rich outlook on life.

Here are some of her most memorable pieces of wisdom on family, life in politics, and the act of giving.

In her commencement address at Wellesley College on June 1, 1990, Bush told the graduating class:

“At the end of your life, you will never regret not having passed one more test, not winning one more verdict or not closing one more deal. You will regret time not spent with a husband, a friend, a child, or a parent.”

“Never lose sight of the fact that the most important yardstick of your success will be how you treat other people — your family, friends, and coworkers, and even strangers you meet along the way,” Bush is attributed as saying.

“Some people give time, some money, some their skills and connections, some literally give their life’s blood. But everyone has something to give,” she once said.

On life in the White House

“A question I’m asked all the time: Did anyone tell you what to do, or give you any guidelines, when your husband was in government? The answer is no. Certainly I was given advice on protocol, and occasionally on what to wear or not to wear, but, for the most part, I just depended on the manners my mother taught me.”

“You may think the president is all powerful, but he is not. He needs a lot of guidance from the Lord.”

— Bush said to an audience at the Church of the Immaculate Conception elementary school in January, 1991 in the run up to the conflict in the Persian Gulf while her husband, George H.W. Bush, was president, the Washington Post reports.

“There are other people out there that are very qualified and we’ve had enough Bushes.”

“If human beings are perceived as potentials rather than problems, as possessing strengths instead of weaknesses, as unlimited rather that dull and unresponsive, then they thrive and grow to their capabilities.”

—From Bush’s biography page on the George H.W. Presidential Library

Toward the end of her commencement Wellesley address on June 1, 1990, during her early days as First Lady, Bush told the graduating class:

On opposition to her own ideas 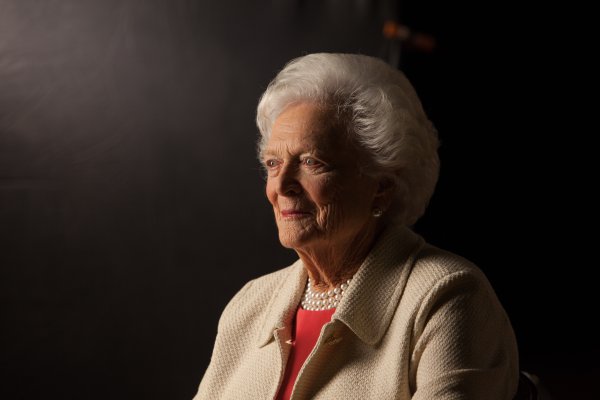 Was Barbara Bush a Feminist? Here's What Her Biographer Says
Next Up: Editor's Pick