'Kept Us Laughing Until the End.' Read the Bush Family's Statements Following the Death of Barbara Bush

The beloved Bush family matriarch was remembered by her husband, children and grandchildren following her death. George H.W. Bush was “broken-hearted” to lose his wife, his chief of staff Jean Becker said in a statement.

“He held her hand all day today and was at her side when [she] left this good earth,” Becker said.

George W. Bush and Jeb Bush detailed how lucky they were to have Barbara as their mother in statements.

“Laura, Barbara, Jenna, and I are are sad, but our souls are settled because we know hers was,” George W. Bush said. “Barbara Bush was a fabulous First Lady and a woman unlike any other who brought levity, love, and literacy to millions. To us she was so much more.”

Barbara Bush died after a family spokesperson said she would no longer seek treatment following a series of recent hospitalizations. She was known in her family for her wit and toughness.

“Mom kept us on our toes and kept us laughing until the end,” George W. Bush said. “I’m a lucky man that Barbara Bush was my mother. Our family will miss her dearly, and we thank you all for your prayers and good wishes.”

Jeb Bush called his mother a “force of nature” in a statement.

“I’m exceptionally privileged to be the son of George Bush and the exceptionally gracious, gregarious, fun, funny, loving, tough, smart, graceful woman who was the force of nature known as Barbara Bush,” Bush said. “Thank you for your prayers, and we look forward to celebrating and honoring her life and contributions to our family and great nation in the coming days.”

Tributes also poured in from Barbara Bush’s grandchildren. Jenna Bush Hager, daughter to George W. Bush, said on Instagram Tuesday that she already missed her grandmother, whom she referred to as the family’s “enforcer.”

“She taught me to use my voice but also to value the opinions of others. She adored her friends and family; her loyalty was unwavering. Humor helps, she often said and it does, Gans, but I will miss your laugh terribly,” Bush Hager said.

George P. Bush, the oldest son of Jeb Bush, tweeted that Barbara Bush focused her entire life on others.

“For my grandfather, she was his top adviser and confidante. For her family, she was a steady, loving and guiding hand,” he said. 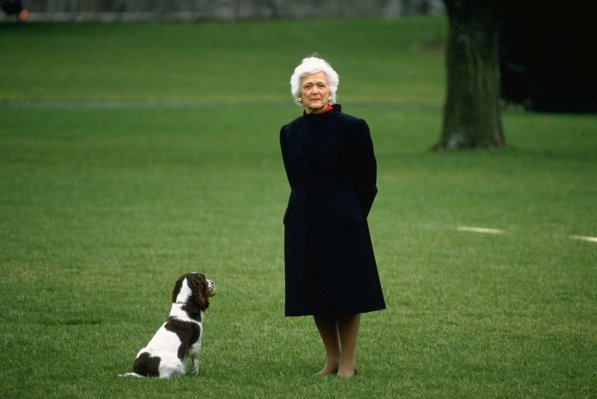