The passenger who died after a Southwest Airlines flight made an emergency landing because an engine exploded was identified as a mother of two from New Mexico.

Jennifer Riordan, a bank executive and mother to two children, was killed after shrapnel from the flight’s blown out engine broke a plane window and struck her, the Associated Press reports. Riordan was the vice president of community relations at Wells Fargo bank. She lived in Albuquerque and was married to Michael Riordan, a former chief operating officer for the city.

The Southwest Airlines jet made an emergency landing at the Philadelphia International Airport Tuesday morning after the engine blew out. Philadelphia Fire Commissioner Adam Thiel told the Philadelphia Inquirer that Riordan was hospitalized in critical condition after the flight landed and that seven others were treated for minor injuries at the airport.

In this 2017 photo, Jennifer Riordan, of Albuquerque, N.M., poses for a photo in Albuquerque. Family, friends and community leaders are mourning the death of Riordan, a bank executive on a Southwest Airlines jet that blew an engine as she was flying home from a business trip to New York.
Marla Brose—The Albuquerque Journal/AP

Riordan’s family commended her “vibrancy, passion and love” in a statement.

“Her impact on everything and everyone she touched can never be fully measured,” the family said. “But foremost, she is the bedrock of our family.”

Southwest said there were 143 passengers aboard the flight. The airline confirmed that a passenger had died in the incident. Airline CEO Gary Kelly extended his sympathy to Riordan’s family in a statement.

“We will do all that we can to support them during this difficult time and the difficult days ahead,” he said.

A spokesperson for Wells Fargo said the company was saddened to learn of Riordan’s death. “She was a well-known leader who was loved and respected,” a statement from Wells Fargo said.

Albuquerque Mayor Tim Keller said the city had lost a “thoughtful leader who has long been part of the fabric of our community.”

“This is a tremendous and tragic loss for Jennifer’s family and many others throughout our city,” Keller said. “Her leadership and philanthropic efforts made this a better place every day and she will be terribly missed.”

Paul Roth, chancellor for health sciences at the University of New Mexico’s Health Science Center, where Riordan had previously worked in marketing, called her an “amazing community leader, team member, wife and mother.”

“Her passion for our community, our students and our future was unwavering,” he said in a statement. 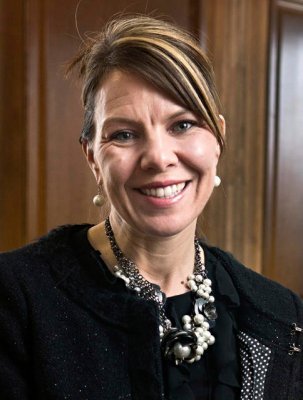 Passenger Killed On Southwest Flight Is the First U.S. Commercial Airline Fatality In 9 Years
Next Up: Editor's Pick