Starbucks Is Closing Thousands of Stores for Racial Bias Training. Here's How Much Money It Could Lose

Starbucks is closing over 8,000 company-owned stores for racial bias training during an afternoon in May, the company announced Tuesday.

The news comes as the Seattle, Wash.-based firm is being criticized after two black men were arrested in a Philadelphia Starbucks store after asking to use the restroom without making a purchase. The incident has led to protests and boycotts nationwide, while the manager involved in the situation has since left Starbucks’ Philadelphia location where the arrest took place.

“Closing our stores for racial bias training is just one step in a journey that requires dedication from every level of our company and partnerships in our local communities,” said Starbucks CEO Kevin Johnson in a statement Tuesday.

Closing thousands of stores could be costly for the company.

It’s worth noting a couple of caveats: Not every company-owned Starbucks store will close, so this estimate may be slightly high. Meanwhile, some customers may simply wait until Starbucks re-opens to get their fix on the day of the closures, but as a self-identifying caffeine addict, I’d argue most people will just get their fix at a rival chain or local coffee shop.

But for Starbucks, the price may be worth paying. The company’s stock price and reputation have both suffered in the wake of the Philadelphia Starbucks arrest incident. Shutting down Starbucks stores is the kind of strong response from Johnson that might help restore the shaken trust and confidence between Starbucks, its customers, its employees, and its investors. 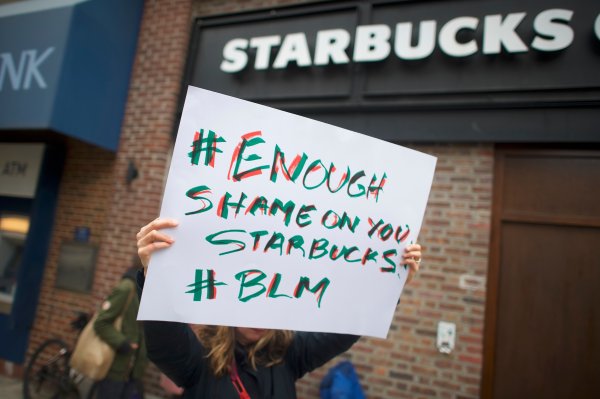