Adult film star Stormy Daniels and her attorney appeared on ABC’s the View on Tuesday to reveal a sketch of the man who she says threatened her to keep quiet about her alleged affair with President Donald Trump.

Daniels’ lawyer, Michael Avenatti, also offered a reward of $100,000 to anyone who can identify him.

“His face is burned in my memory,” Daniels told the hosts of the talk show. The sketch was completed by Lois Gibson, a forensic artist whose sketches have helped law enforcement officials identify more than 750 criminals, according to her website.

In an interview on 60 Minutes last month, Daniels said she was threatened by an unidentified man in a Las Vegas parking lot in 2011 and told to keep quiet about her alleged affair with Trump.

On Tuesday, Avenatti asked people to email IDthethug@gmail.com with any information about the man.

Daniels, whose legal name is Stephanie Clifford, described the threat to Anderson Cooper during the 60 Minutes interview. “A guy walked up on me and said to me, ‘Leave Trump alone. Forget the story,'” she said. “And then he leaned around and looked at my daughter and said, ‘That’s a beautiful little girl. It’d be a shame if something happened to her mom.’ And then he was gone.”

Daniels said she had a consensual sexual relationship with Trump in 2006 and received a $130,000 payment from Trump’s personal attorney, Michael Cohen, days before the 2016 presidential election to keep quiet about the alleged affair. Trump has denied the affair and denied knowledge of the payment.

Daniels is suing Trump in an effort to invalidate a nondisclosure agreement, and she expanded her lawsuit to sue Cohen for defamation. 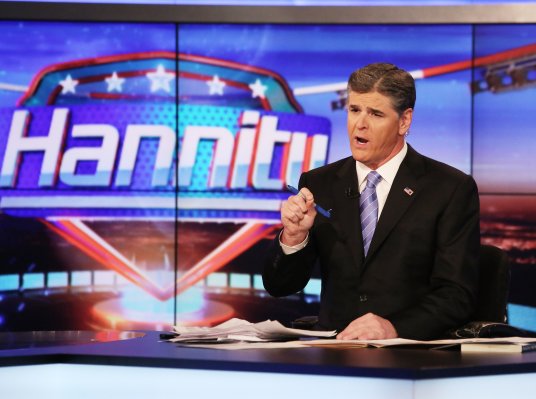 Sean Hannity Criticized on His Own Fox Show for Not Disclosing Relationship With Trump Lawyer
Next Up: Editor's Pick