Jimmy Kimmel apparently couldn’t help but have some fun with the news that Sean Hannity is lawyer Michael Cohen’s mystery “third client.”

After President Donald Trump’s personal attorney revealed in federal court that Hannity secretly received legal advice from him in the past year, Kimmel dedicated part of Wednesday’s Live! episode to poking fun at the Fox News host.

Responding to a tweet in which his “pal” Hannity claimed he has never paid Cohen—who is at the center of a probe by the FBI—the late-night host eagerly shared his take on the matter.

“That sounds normal. He has a lawyer he doesn’t pay,” Kimmel quipped. “By the way, I’m thinking of hiring Michael Cohen as my lawyer. He only has three clients and apparently, he works for free. He doesn’t take money from anyone.”

This new controversy comes just over a week after the two television personalities engaged in a heated back-and-forth on Twitter that ended with an apology from Kimmel. 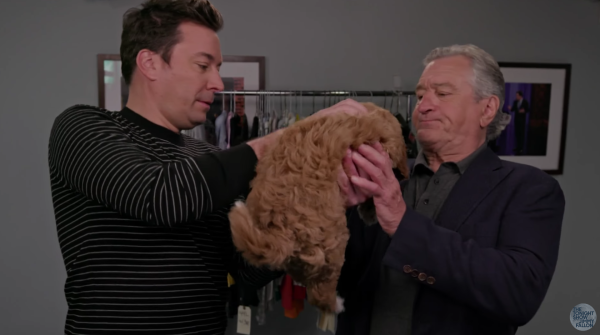