People who live in cities are used to the company of furry vermin. But a new study reveals that mice and men may be sharing much more than just living quarters.

In a study published in the journal mBio, researchers led by Dr. Ian Lipkin, professor of epidemiology at the Mailman School of Public Health at Columbia University, studied the gut microbes of 416 mice collected from mostly residential buildings all over New York City. Lipkin and his team did a thorough genetic analysis of the microbes they extracted from the feces of the mice, and found that they contained a number of disease-causing bacteria.

A mouse in one of the buildings where researchers collected samples.
Robert M. Corrigan

These diseases may spread from mice to humans. Working with scientists from the Centers for Disease Control and Prevention (CDC), Lipkin and his colleagues learned that the particular types of bacteria they isolated matched those that have been linked to recent outbreaks of disease among people. Depending on the bug involved, and how healthy the person is who gets infected, these bacteria can cause severe health problems including fever, nausea and vomiting.

“It tells us that there is the potential, at least, for these mice to be carriers of bacteria responsible for outbreaks of human disease,” says Lipkin. “That’s a big deal. This isn’t Stuart Little.”

It’s not clear exactly how the mice are picking up the disease-causing bacteria , or the antibiotic resistant ones. But they probably pick up both types of bugs by rooting around in the garbage people throw out, as well as traveling through the water supply, Lipkin says. “We throw away an enormous amount of antibiotics,” he says. “It goes into the water and winds up in the environment and contaminating our food garbage. Mice consume that garbage and carry it around.”

The critters Lipkin’s group studied did not seem be affected by their infections, so it’s possible that at least some mice may be able to tolerate the bugs and act as carriers for the bacteria, spreading them from building to building as they travel throughout a city like New York.

In a separate study also published in mBio, Lipkin found that some mice harbored on average 36 viruses, including six which are not known to infect people. These viruses, however, were linked to ones that infect other animals, including dogs and pigs, which indicates that the viruses can spread from species to species.

Together, the findings show that mice may be an untapped reservoir of potentially dangerous infections, and suggest that mouse populations should be studied when outbreaks of such infections occur — just as mosquitoes are investigated when cases of West Nile or Zika start to surge. “There is much less attention paid to things we come into contact with in the developed world like ticks and rodents,” says Lipkin. “And these results show they should be examined as possible sources of outbreaks.” 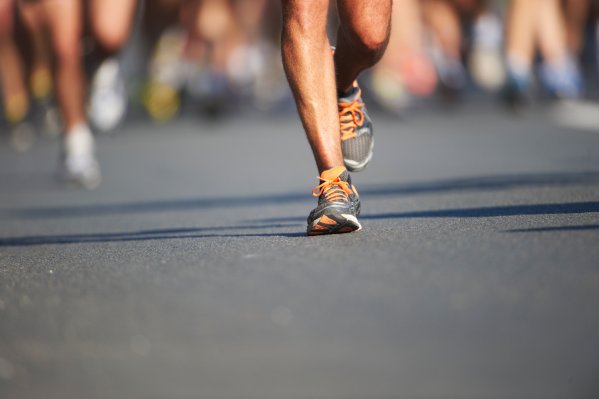 These Are the 6 Best Strength Exercises for Runners
Next Up: Editor's Pick