The Starbucks manager behind a call to the police that led to the arrest of two black men in a Philadelphia store is no longer working at the location, the company said.

The Starbucks manager has left that Philadelphia location since the Thursday went viral and prompted outrage, protests and calls to boycott Starbucks. The video shows police officers talking to two black men sitting at a table, later putting them in handcuffs and escorting them out of the store while bystanders say they didn’t do anything wrong.

The woman who shot the video said the men were waiting for a friend in the Philadelphia Starbucks store. Police officials said the men had asked to use the restroom in the Starbucks, but were denied because they had not purchased anything and that the men then refused to leave the store. Starbucks does not have a companywide rule against customers using restrooms without purchasing anything, but the Philadelphia Starbucks store had such protocol in place, according to a spokesperson.

Starbucks CEO Kevin Johnson apologized after the arrest and said it was “completely inappropriate to engage the police,” in an appearance on Good Morning America on Monday. Johnson said he plans to meet with the men personally to apologize. 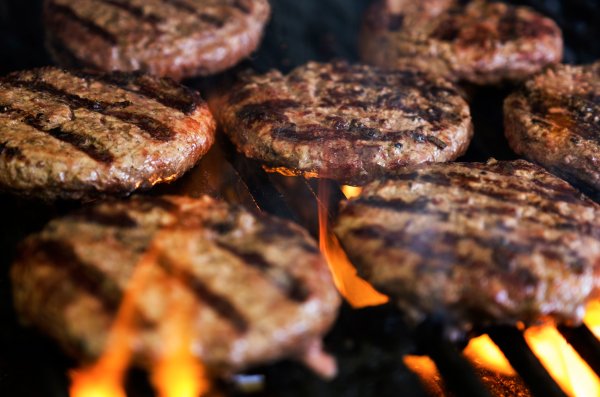 Why Severe Droughts Could Actually Make Your Hamburgers Cheaper This Summer
Next Up: Editor's Pick