Want to Use the Starbucks Bathroom? These Are Your Rights

Starbucks‘s reputation for being a place where people can hang out — whether for a few minutes between appointments or for hours while they finish up a project — is at the center of public outrage after two black men were arrested in a Philadelphia Starbucks store on Thursday.

The men were waiting for someone at the Philadelphia Starbucks store and had not purchased anything before the arrest. Police officials said they were not allowed to use the restroom because they did not buy anything, and a store manager called Philadelphia police after the men refused to leave. A video shot by a woman sitting at a table opposite from the men shows police officers talking to and then handcuffing the men, as a man asks police, “What did they do?” Multiple witnesses to the Philadelphia Starbucks arrest said the men didn’t do anything wrong.

“This is ridiculous,” a man in the video, who said he was there to meet the men, is heard saying. “What did they get called for? Because there are two black guys sitting here meeting me?”

Starbucks CEO Kevin Johnson apologized after the arrests, saying Monday on Good Morning America that the Philadelphia store’s guidelines outlined scenarios in which calling the police is the right move. But “it was completely inappropriate to engage the police,” in this particular situation, he said, noting that employees will now have more training, particularly against unconscious bias.

It’s not always clear whether sitting in a Starbucks or using a Starbucks restroom without purchasing any items is allowed. A company spokesperson said Starbucks does not have a broad policy prohibiting people from using restrooms or sitting inside for free, allowing individual stores to set their own rules. Populations density plays a part too — it’s a little easier for people to wait unnoticed inside a more crowded Starbucks in a place like New York City without paying and than it is in sparser locations where policies can be enforced more strictly.

The Philadelphia Starbucks store where the arrest occurred has a rule in place that customers can only use restrooms if they purchase something. Such rules would allow Starbucks to ask people to leave — under federal law, businesses like Starbucks can refuse service for reasons other than discrimination. But they can only protect a company to a point, according to Virginia-based attorney Matthew Kreitzer.

“It was certainly a reckless move on their part,” Kreitzer tells TIME in reference to the Starbucks store manager who called the police. “Even if they did not have a discriminatory motive, you’re still going to open yourself up to liability when you do things like that.”

Kreitzer says simply having a store policy that prohibits people from loitering or using the bathroom is useless if that rule is not applied on a consistent basis. For example, if a store is using its policy against only black customers but not applying it to white ones, that’s a basis for a discrimination case.

“If they’re targeting people and just using the rule as a scapegoat they’re still in trouble,” he says.

The video of the arrest went viral, putting Starbucks in the spotlight as people accused the company of racial discrimination both online and in person. Calls to boycott Starbucks poured in online, while protesters flooded the Philadelphia Starbucks store over the weekend. On Twitter, several black men and women weighed in and opened up about their own anxieties about spending time in public places like Starbucks. 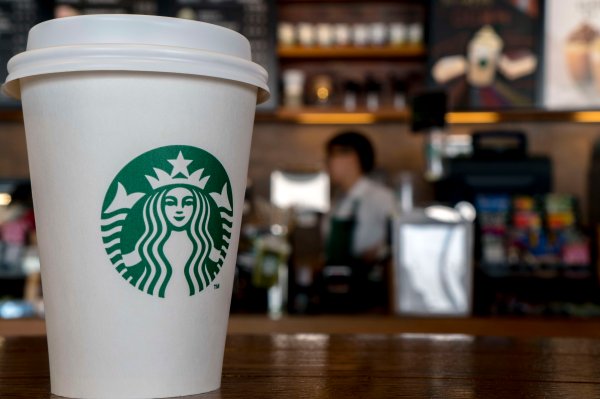 Starbucks Manager Who Called the Police on 2 Black Men Is No Longer Working at That Philadelphia Store
Next Up: Editor's Pick