Nearly 500 former Department of Justice employees have signed on to a statement calling on Congress to “swiftly and forcefully” intervene if President Trump moves to oust Special Counsel Robert Mueller.

First published on Friday, the letter has since garnered 496 signatures. Concern about the future of Special Counsel Mueller, who is investigating Russian interference in the 2016 election, and Deputy Attorney General Rod Rosenstein, who is overseeing that investigation, has grown in the past week as Trump has publicly fumed over a raid on his attorney Michael Cohen’s office and hotel room.

In the statement, which was published on Medium, former Justice officials say they have been “deeply disturbed” by the President’s attacks on the Department of Justice. “Not only is it an insult to their public service, but any attempt to corrupt or undermine the even-handed application of the rule of law threatens the foundation of our Republic,” the letter reads.

The Justice alum say that it is on elected officials to reject any attempt by the White House to interfere with the work of Department officials.

“But it is up to the rest of us, and especially our elected representatives, to come to their defense and oppose any attempt by the President or others to improperly interfere in the Department’s work, including by firing either Mr. Mueller, Mr. Rosenstein or other Department leadership or officials for the purpose of interfering in their investigations,” the letter continues. “Should the President take such a step, we call on Congress to swiftly and forcefully respond to protect the founding principles of our Republic and the rule of law.”

The President has been furious in the wake of an Federal Bureau of Investigations raid on Cohen’s home and work. While federal prosecutors in New York obtained and carried out the warrant to raid Cohen’s office, it was reportedly done on a referral from the Special Counsel.

Since, Trump has harshly criticized Attorney General Jeff Sessions and Rosenstein, railed against the FBI, and tweeted that “attorney client privilege is now a thing of the past.” The White House has also said the President believes he has the power to fire Mueller.

Congress has taken some steps to protect the Special Counsel should Trump move to fire him. Last week, a bipartisan group of Senators introduced legislation that would ensure that the Special Counsel could only be fired by a senior Justice Department official and allow the Counsel to contest the firing before a federal judge. 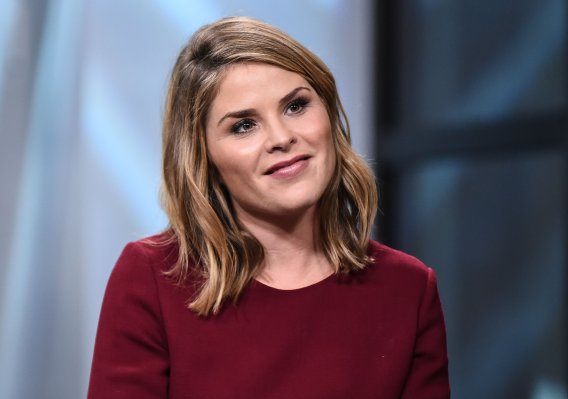 Jenna Bush Hager Says Grandmother Barbara Bush Is 'a Fighter' After Family Revealed She Is in Failing Health
Next Up: Editor's Pick