Before he ran for office, Donald Trump spent a lot of time in cable TV green rooms. His presidential campaign benefited greatly from cable news coverage. As president, he reportedly watches quite a bit of CNN, MSNBC and Fox News.

So it shouldn’t be surprising that Trump has sought to staff his Administration with some friendly cable pundits.

They weren’t the only pundits to go from the green room to the White House.

Not all of the hires have worked out.

Trump has been rumored to have considered Fox News host Jeanine Pirro for deputy attorney general and Fox contributor Pete Hegseth for secretary of Veterans Affairs, though neither got the job. And Fox contributor Monica Crowley withdrew from consideration for deputy national security advisor over a plagiarism scandal.

He’s is not the first president to look for a reassuring face from cable news to fill his Administration. President Obama once considered hiring CNN’s Sanjay Gupta for surgeon general.

But the sheer number of cable pundits that Trump has hired or considered hiring shows how much more seriously he takes cable news than his predecessors. For Trump, selling his presidency on cable news is a full-time job. 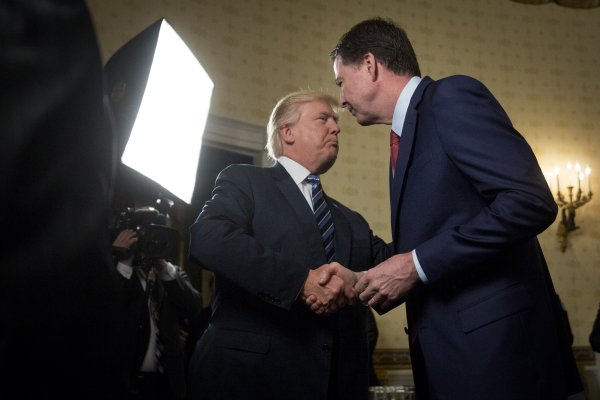 TIME TV Critic: Comey Met Trump on His Own Terms – and Came Away Looking Smaller
Next Up: Editor's Pick