Iraq Can Rebuild Itself. But Only if the West Stops Promoting Personalities and Starts Building Institutions

Posters of candidates in Iraq's upcoming parliamentary elections are seen with Arabic slogans in the streets of Baghdad on May 8, 2018.
Sabah Arar—AFP/Getty Images
Ideas
By Renad Mansour
Mansour is a research fellow of the Middle East and North Africa Program at Chatham House, the London-based think-tank for international affairs.

Iraq today has a unique opportunity to chart a new path away from 15 years of chaos and upheaval.

Following the defeat of ISIS, the security situation is better than it has been for many years. Politically, there are glimpses of a move from identity to issue-based politics in various cross-sect electoral alliances. For instance, Islamists associated with Shi’ite cleric Muqtada al-Sadr have joined forces with secularists linked to the Iraqi Communist Party. Many Iraqis now see corruption as just as bad as terrorism, and the gap between elite and citizen has become more important than the gap between Sunni, Shi’ite, and Kurd.

But despite these hopeful signs, the political class and Iraq’s state institutions remain stale; over 90 percent of the political parties and electoral entities running in these elections are the same. Rather than supporting the strengthening of institutions and the political culture through methods like new political parties or independent commissions to regulate electoral bylaws, Iraq’s foreign allies, from Washington to London to Brussels, appear more concerned with upholding the status quo, once again focusing on personalities from the old elite.

The short-term logic is that in “extraordinary circumstances,” preferred political personalities can later fix the institutions. But this is a crucial mistake, which has failed in Iraq in the past and risks squandering today’s opportunity for reform.

This mistake is reinforced by the tendency to push for elections as the main process of state-building and democratization. Although the decision to hold elections on time is constitutionally mandated in Iraq, international partners pushed for them too hastily and jeopardized the chance to build new institutions such as political parties and civil society monitors.

In a place like Mosul, where residents are just coming out of a traumatic three-year spell under ISIS, rushing into elections favours an old elite who can easily organize. New and emerging leaders, including teachers, engineers, social workers and civil society activists, have been unable to develop political platforms and institutions or mobilization strategies. As a result, for the next four years, the same leaders who abetted political dysfunction before ISIS took over the city are likely to govern again.

In the lead-up to the upcoming elections, many analysts are still insisting that Western countries should interfere in the government formation process that follows to help ensure a moderate coalition of a mix of Shi’ite, Kurdish and Sunni elites. Yet this is the same failed strategy Western countries took in 2006 and 2010, when they supported former prime minister Nouri al-Maliki, who they believed would then build the Iraqi state.

Then, in 2010, U.S. Ambassador Christopher Hill argued, “in an Iraqi body politic that is attempting, albeit haltingly, to move toward a nationalist focus and away from the sectarian politics that shaped the 2005 election, the [opposition] INA is seen as strongly sectarian and more religious than Maliki’s SLA.” Ultimately, when Maliki formed the government in 2010, the White House applauded ‘a clear rejection of the efforts by extremists to spur sectarian division.’

Yet Maliki’s stint as premier ended in failure when ISIS captured one-third of Iraq in the summer of 2014. His over-centralization of power and perceived sectarian-based, Iran-allied policies failed to build strong independent institutions. And many Iraqis remember Washington’s role in supporting the former prime minister.

Fundamentally, the flawed process of supporting individuals first and institutions later rarely translates to effective state-building. Beyond the consequences of simply getting it wrong as they did with Maliki, choosing personalities assigns top-down legitimacy to the same leadership.

For Iraq’s allies, this process has often seemed the easier option, as many have typically been late to understand bottom-up dynamics and the complexities of new and emerging leaders in society. Moreover, supporting individuals rather than building institutions reinforces the status-quo of elites who can more easily mobilize.

As much as it may be an uphill climb, however, the short 15-year history of the new Iraq has taught that foreign interference in government formation does not build strong institutions but rather solidifies the old, dysfunctional elite. Rather than directly interfering and choosing preferred leaders, Iraq’s international partners need to better understand long-term political trends and help to facilitate the building of independent institutions to create a level playing field and hold the elite accountable. 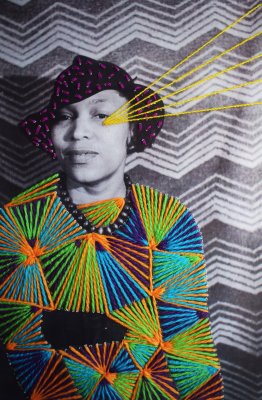 Zora Neale Hurston’s Long-Unpublished Barracoon Finds Its Place After Decades of Delay
Next Up: Editor's Pick