Celebrities Are Getting Paid to Go to Coachella. Why Is This So Surprising?

When it comes to attending the Coachella music festival, which begins this coming weekend in Indio, Calif., celebrities aren’t just in it for the tunes.

The New York Daily News breathlessly reported this morning that, according to an anonymous source, a variety of bold-faced names would be receiving pay-outs in exchange for showing up — for example, that Lea Michele would get $20,000 from Lacoste to wear the brand while at the festival, and that Aaron Paul would be willing to strike a deal for $15,000. (The Daily News says Michele’s getting paid to go to the festival, but it seems likelier that the deal has to do with Lacoste’s pool party.)

In responding to the report, Grantland‘s take was the one that many music fans might have had: this is one for the category of “Things That Were Inevitable, But No Less Grosser for It.” The idea of a celebrity getting paid for attending something that normal people are paying to attend — the general admission cost this year was $375 — is infuriating, especially when it’s something like a music festival, that’s meant to be down-to-earth.

But if you’re actually surprised by this revelation, you haven’t been paying attention. Celebrity appearance fees are old news. How do you think Jennifer Lopez ended up performing at a dubious birthday party in Turkmenistan?

In 2012, New York magazine included Lea Michele in their run-down of the appearance-fee world and Celebrity Talent International, an agency that helps its clients find celebs for their events, lists her in their library of potential paid guests or performers. A CTI spokesman said he couldn’t comment on anything specific about Coachella, but noted that paid celebrity appearances happen all the time at all sorts of places, and that such product placement is one of the most effective forms of advertising. And that’s just what it is: advertising.

Being paid to appear at a Coachella party if you wear the brand that sponsored the party — just like AnnaSophia Robb, pictured above, did at Coachella last year, though that could totally have been of her own volition — is really no different from an athlete wearing their sponsor’s gear at a big tournament, or Ellen DeGeneres tweeting a selfie from a Samsung phone at the Oscars.

That goes for the rest of us too. This is both the era of the personal brand, where Facebook status updates have become advertisements. If you’re cool, have lots of Twitter followers, or influence your friends, you’re worth a lot to brands. When you wear, consume, or discuss their product, you’re advertising that thing — which isn’t necessarily bad. Maybe you like it. (Probably more than Vanessa Hudgens likes McDonald’s — but who knows?)

For normal folks, though, you (probably) can’t command payment in exchange. Stars really are just like us — they just make more money doing it.

Update: A McDonald’s spokesperson tells TIME that, contrary to the information in the original Daily News item, the brand doesn’t have that relationship with Vanessa Hudgens. The point about advertising still stands, though. 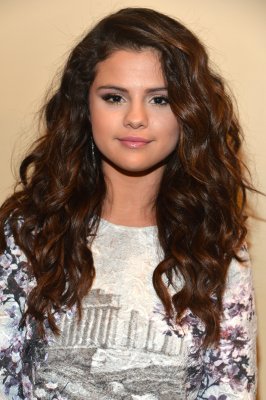 Selena Gomez stalker charged with felony
Next Up: Editor's Pick