Authorities say Steven Pladl, a 42-year-old accused of having a child with his 20-year-old daughter, killed their infant son and then her and her adoptive father earlier this week. Finally, he killed himself.

The apparent murder-suicide comes only months after the case was first brought to light.

In January, Pladl was arrested for allegedly impregnating his biological daughter, Katie Pladl, whom he placed for adoption decades ago, when she was a baby. They reunited two years ago.

According to warrants obtained by PEOPLE, Pladl’s ex-wife — Katie’s biological mother — first notified police of the possible relationship last May. She had read an entry in one of Katie’s journals in which the girl discussed being pregnant with her biological father’s love child.

Steven and his wife placed Katie for adoption when he was 22 and she was 17. The couple stayed together until divorcing last summer, according to court records.

When Katie turned 18 in 2016, she tracked her birth father down through social media.

Katie and Steven married in July and in September welcomed a baby boy in Virginia before moving to North Carolina, where they were arrested, according to CBS News. In addition to incest and adultery, Katie and Steven were both charged with contributing to delinquency. 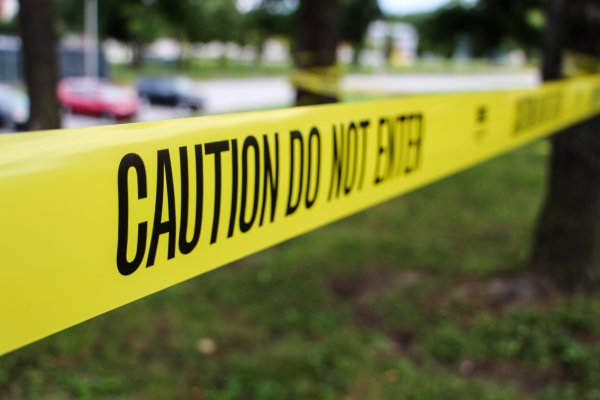 Police Officer Shot and Killed While Serving a Warrant
Next Up: Editor's Pick