How Being a Night Owl Endangers Your Health

A new study found that night owls—people who like to stay up late—are more likely to die early compared to morning larks, who rise earlier.

The new report, published in the journal Chronobiology International, analyzed a study of about half a million people from ages 30 to 73 and followed what happened to them over 6.5 years. They found that the people who identified themselves as “definite evening types” had a 10% higher risk of dying over the study period than people who said they were “definite morning types” at the start of the study.

The researchers, from University of Surrey in England and Northwestern University in Chicago, also found that night owls were more likely to have health problems like diabetes, neurological problems and respiratory disorders. This isn’t the first study to have found an association between late bedtimes and poorer health; other studies have linked being a night owl to a greater risk of depression, drug use and negative lifestyle behaviors like eating an unhealthy, fatty diet.

Another potential factor is that the world is simply set up more for morning people. “The health of evening types could be compromised by misalignment between their endogenous biological clocks and the timing of social activities,” the authors speculate in the paper.

The study only shows an association between identifying as a night person and dying earlier, so the findings are not definite. It’s also impossible to say whether the people in the study really do always stay up late or always wake up early. But if a person’s late-night activities are putting them at a higher risk for earlier death, there are still potential ways to intervene. Though the researchers say that genetics may be involved in whether a person is a night or morning person, people have some control. In a statement about the study, lead study author Kristen Knutson, an associate professor of neurology at Northwestern’s Feinberg School of Medicine, says that if people want to act more like morning larks instead of night owls, they should try to keep a regular bedtime, get exposure to natural light in the morning and try to get things done earlier in the evening in order to get a good night’s rest. 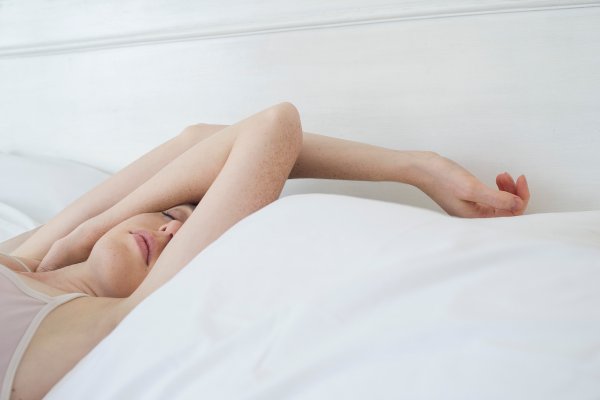 You Asked: Why Do I Sweat When I Sleep?
Next Up: Editor's Pick