Partiers Turned an Abandoned Toys 'R' Us Into an Unauthorized Rave

Late capitalism is rich with opportunities to celebrate the end of the world as we know it.

Consider the case of the abandoned West London Toys ‘R’ Us, which renegade citizens turned into the venue for a rave in late March. Toys ‘R’ Us, the once-dominant mecca of childhood materialism, filed in September for bankruptcy with a plan to shut down all of its U.S. locations and most U.K. locations as well.

It has been struggling financially for years, and could perhaps be considered one of the horsemen of the current retail apocalypse. So perhaps it is only fitting that some anarchic proponents of nightlife decided to co-opt the empty space at a Hounslow-area mall, once an altar to family fun, innocence and consumption, transforming it instead into a zone of grown-up festivities and musical appreciation. They even graffiti-ed the “Toys ‘R’ Us” marquee sign, rebranding the storefront as “Raves ‘R’ Us.” Very appropriate.

Ultimately, those involved with the takeover were arrested by British authorities on March 31, Variety reports. In a tweet, the Hounslow police noted they “disrupted an unlicensed music event” and made five arrests. So unfortunately, they ended the party before it even got started. The message: don’t try this at home, kids. Then again, there are about to be many more empty Toys ‘R’ Us locations speckling the mall landscape in just a few short months. 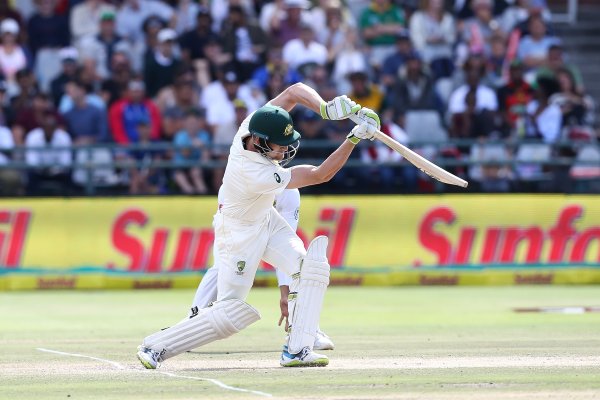 These Cricket Players Got Caught Red-Handed Cheating
Next Up: Editor's Pick