Mike Pompeo Wants to Be the Top U.S. Diplomat. His First Job May Be Building a War Coalition

Mike Pompeo, President Donald Trump’s nominee to head the State Department, tried to shed his reputation as a war hawk and portray himself as a consummate diplomat during a Senate confirmation hearing Thursday.

“Some of you have read the stories, I’m a hawk, I’m a hardliner,” said Pompeo. But “the best outcomes are always won at the diplomatic table.”

Despite his diplomatic rhetoric Pompeo’s first task might be building a coalition to support military action against Syria following the regime’s alleged chemical weapons attack that killed at least 60 people and wounded more 1,000 others last weekend. Trump said on Thursday that he was weighing options and a decision would be “made fairly soon.”

U.S. action in Syria would not match the scale of those invasions, but building a coalition remains important nonetheless. Great Britain and France have both been in talks with the U.S. about potential military action against Syria while Germany has ruled out participating.

Pompeo, a former Army officer who served during the first Gulf War, declined to go into significant depth about the Administration’s approach to Syria, but the issue remained front and center during the hearing. His backing of the U.S. taking an aggressive posture against Iran and North Korea has led opponents to label him a hawk — and contributed to concerns he might help push Trump to take more aggressive military action around the globe. In the hearing, Senator Jeff Merkley, an Oregon Democrat, expressed concern that Pompeo’s appointment — along with that of former George W. Bush official John Bolton as National Security Advisor — suggested that Trump was building “war cabinet.”

Assuming Pompeo is confirmed as is widely expected, he will enter office facing a number of dicey diplomatic challenges beyond Syria including Trump’s planned talks with his North Korean counterpart Kim Jong-un and a looming decision on the Iran deal. During the hearing Thursday, Pompeo sought to portray diplomacy as preferable to military action.

That will be a tall order as Pompeo takes over a State Department widely thought to be in disarray. Outgoing Secretary of State Rex Tillerson insisted that his department was bloated, seeking to buy out employees and initiating a hiring freeze. Many high-level diplomats departed in response. No matter what direction Pompeo plans to take the country’s diplomatic corps he will need to change the agency’s trajectory, a task he seemed aware of Thursday.

“I can’t see anything in the 6 or 12 or 24 month time horizon that would permit us to have any less demand for diplomatic resources,” he said. 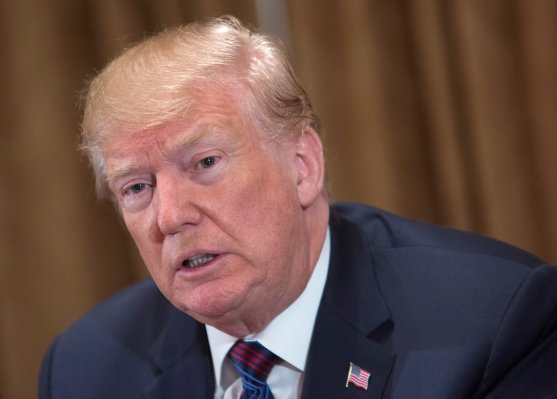 Trump Says He Supports 'Cooperative' Approach to Mueller Investigation
Next Up: Editor's Pick