Trump Judicial Nominee Won't Say If She Supports Brown v. Board of Education

Wendy Vitter, wife of former Sen. David Vitter, testifies during her confirmation hearing in the Senate Judiciary Committee to be United States District Judge for the Eastern District of Louisiana on Wednesday, April 11, 2018.
Bill Clark—CQ-Roll Call,Inc.
By Mahita Gajanan

A federal judicial nominee refused to say whether she agreed with the outcome of the landmark civil rights ruling Brown v. Board of Education during her confirmation hearing on Wednesday.

Wendy Vitter, a Louisiana lawyer nominated for a federal judgeship by President Donald Trump, would not say if she supported the 1954 Supreme Court decision that famously outlawed racial segregation in schools. During her confirmation hearing to be the district judge for Louisiana’s Eastern District, Vitter repeatedly said she could not comment on her personal feelings about Supreme Court decisions.

“Do you believe that Brown v. Board of Education was correctly decided,” Connecticut Sen. Richard Blumenthal, a Democrat, asked.

“I don’t mean to be coy,” Vitter responded. “But I think I get into a difficult area when I start commenting on Supreme Court decisions which are correctly decided and which I may disagree with. Again, my personal, political or religious views I would set aside. That is Supreme Court precedent. It is binding. If I were honored to be confirmed I would be bound by it, and of course I would uphold it.”

After a pause, Blumenthal repeated the question.

The six-decade-old unanimous Supreme Court decision declared that “separate educational facilities are inherently unequal” and led to forced integration of schools across the South.

Vitter evaded other areas of questioning in a similar manner. In another exchange with Blumenthal, the staunchly pro-life judicial nominee would not say if she still agreed with a false statement she made in 2013 that Planned Parenthood kills “over 150,000 females a year.” When asked if she still stood by the claim, Vitter said, “My pro-life stance has been very clear. I have been very upfront with this committee about my views and about how serious I take it, and that I would set aside any personal or religious views if I were to be confirmed.” 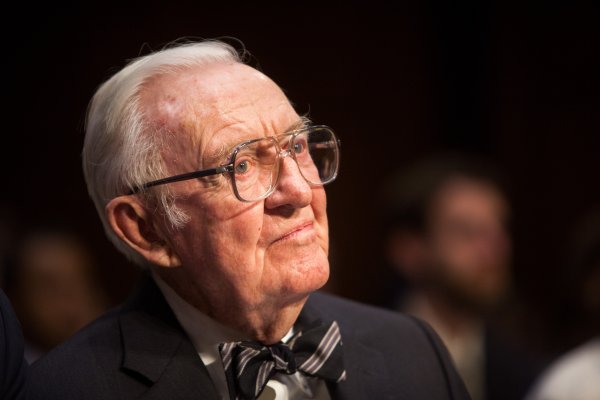