The CDC Is Investigating an E. Coli Outbreak Across 7 States

Health officials are investigating the cause of a multistate E. coli outbreak that has infected people across the country.

The Centers for Disease Control and Prevention, along with the U.S. Food and Drug Administration, the U.S. Department of Agriculture’s Food Safety and Inspection Service and multiple states, are looking into what caused the outbreak after 17 people reported E. coli infections in seven states.

According to the CDC, reports of illness from E. coli began on dates ranging from March 22 to March 31. New Jersey reported six cases of E. coli, Idaho reported four, Connecticut and Pennsylvania reported two each, and Missouri, Ohio and Washington reported one case of E. coli.

Six people have been hospitalized, including one who developed hemolytic uremic syndrome, a type of kidney failure. The age range of those infected ranges from 12 to 84 years old, with a median age of 41, the CDC said. Women make up 65% of those who caught E. coli. The CDC said no deaths have been reported.

Health officials will interview ill people to determine what they ate and where they went before contracting E. coli.

E. coli symptoms typically show up between two and eight days after consumption and include diarrhea, severe stomach cramps and vomiting. Most people recover after about a week. 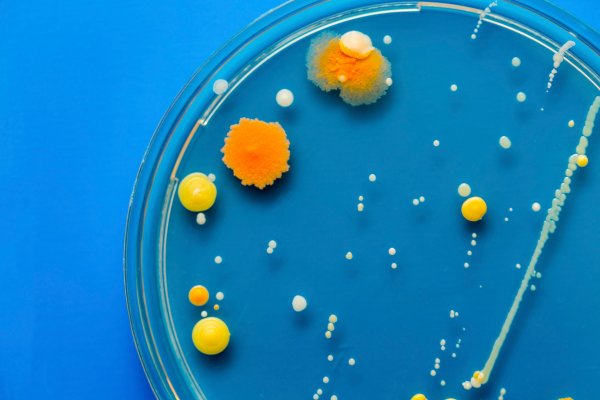 CDC Finds 'Nightmare Bacteria' Across the U.S. Here's What That Means
Next Up: Editor's Pick