'Not Everyone's Going to Love You.' Lester Holt on Scoops, Debates and Viewers’ Trust

The NBC Nightly News anchor on a difficult presidential debate, the Comey firing scoop and finding a home in broadcast history

You went to Memphis to cover the 50th anniversary of Martin Luther King Jr.’s assassination. Do you think a figure like King could rise in our current media climate?

A lot of organizations control their own media; they can Facebook Live. So that’s obviously a challenge for how we cover things. But I was reminded, covering the anniversary, that the movement was bigger than one person, because otherwise it wouldn’t have survived.

You remarked recently that you told the presidential debate commission to “lose your number” after you moderated the first Trump-Clinton debate in 2016. Why?

It was tongue-in-cheek. It was the most difficult thing I’ve ever done professionally or maybe even personally. There were several deep breaths at the end of it. Sometimes things like that you have to take a step back from, and now I say, Well, that was pretty cool. It was difficult to read the email the next day, because it was split. It was like, “Awesome job, terrific job.” “You’re a loser, you’re pathetic!” But it was part of the process. I knew going in: not everyone’s going to love you.

You were honored by the White House Correspondents’ Association this month for your interview with the President in which he talked about his decision to fire James Comey. What’s your secret to getting scoops?

My general philosophy of doing interviews is polite but persistent. I don’t have an ax to grind in this, but I do have the responsibility to represent my viewers, who have a lot of questions. People say to me, “I hope you get him!” I don’t do that. I just want to talk to people and ask them. And if they don’t give an answer, I want to ask them again.

You came into your job under unusual circumstances–after Brian Williams left the desk under controversial circumstances. Was it challenging to gain viewers’ trust?

The first night that the announcer said “NBC Nightly News with Lester Holt,” there was probably an audible gulp right before I said “Good evening,” because these are important broadcasts, and I watched them growing up. A lot of what got me through it was the things that people had written to me and tweeted and put on Facebook. I’m continuing to grow into the job. It’s only recently I’ve felt like I’m totally in sync with the direction of the broadcast.

One of your sons is an anchor at New York City’s NBC affiliate. Do you give him tips?

I was fully supportive. I love what I do, and I want good, bright people who are curious to get into this business. I was very proud that he wanted to do it. When he got his first job, at a market in Florida, I would look at his tapes, and say, “Don’t put your hands this way, do this, do that.” I realized I was just making him crazy, so we have come to a place where I help him navigate some of the issues of the business, but he doesn’t need my advice in terms of being an excellent communicator.

Did reporting on the King anniversary change your perspective on the milestone nature of your appointment as the first black network news anchor?

We all have to be reminded of where we came from and how we got here and the doors that were opened up. Certainly as an African American, those doors were opened up through a lot of sacrifice. It’s reminded me of the shoulders that I stand on, that I had the opportunity to do whatever I wanted in life. I think what’s really made me focus on the impact of this role at this time is the number of people who have reached out about their children, children of color, who watch me. That’s the stuff that comes full circle. 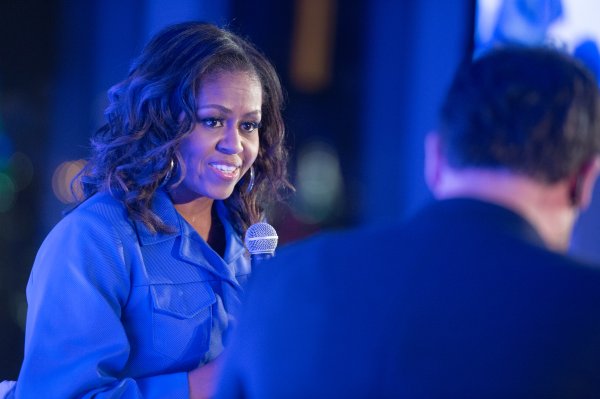