Does Taxing Soda Actually Stop People from Drinking It?

A new study suggests that people may drink significantly less soda when it costs more. The findings support a public health strategy—the so-called “soda tax,” or a sugary drink tax that raises the price of sugar-sweetened beverages—that has grown more popular in recent years.

In the study, researchers analyzed the effects of Philadelphia’s sugary drink tax implemented in January 2017—one of the steepest in the U.S. at $0.015 per ounce, which was estimated to increase the cost of sugary drinks by as much as 20%. Researchers from Drexel University in Philadelphia looked at the short-term impact of the city’s beverage tax by studying residents’ consumption within the first two months of the tax and comparing it to how much people reported drinking before the tax. Their findings are published in the journal American Journal of Preventive Medicine.

The researchers asked close to 900 men and women in Philadelphia about their sugar-sweetened beverage habits before and after the tax was launched; they also asked about 900 people living in three other cities (Trenton, New Jersey; Camden, New Jersey; and Wilmington, Delaware). Philadelphia residents were 40% less likely to report drinking sugary soda each day after the tax was passed, and 64% less likely to drink energy drinks. Instead, they seemed to drink more water; residents were 58% more likely to drink bottled water every day. The researchers did not see declines in sugary fruit drinks like lemonade or cranberry juice. There were declines in the consumption of diet beverages (which were also taxed) but they were not statistically significant.

Some experts argue it’s still too early to know for certain whether beverage taxes actually have an impact on community health. In Philadelphia, the taxes weren’t passed solely for health reasons, but to increase revenue for the city to help fund things like an expansion of the city’s pre-kindergarten programming. Still, some initiatives are showing promising results. One year after Berkeley, California became the first U.S. city in 2015 to pass a tax on sugar-sweetened beverages, research showed sales of sugar-sweetened drinks in Berkeley fell by close to 10%, and water sales increased by about 16%. Similar drops have been reported in Mexico; a year after the country implemented its tax in 2014, there was an average 6% decline in purchases of sugar-sweetened beverages and a 4% average increase in untaxed beverages compared to what would have been expected if the tax was not in place.

Soda taxes also have some detractors. “Local business owners across Philadelphia are losing sales—and being forced to reduce hours and cut costs—because the beverage tax is driving people to shop in the suburbs,” says a spokesperson for Ax the Philly Bev Tax Coalition, a group opposed to Philadelphia’s beverage tax. “The tax hurts the local economy and is bad for working families.”

The current study only offers a glimpse into the impact of the tax immediately after it was implemented in Philadelphia. It’s unclear if people’s drinking habits continued after the two-month study period. However, the study authors point out that drops in soda consumption among residents of Mexico have continued for at least two years after passage of the law. 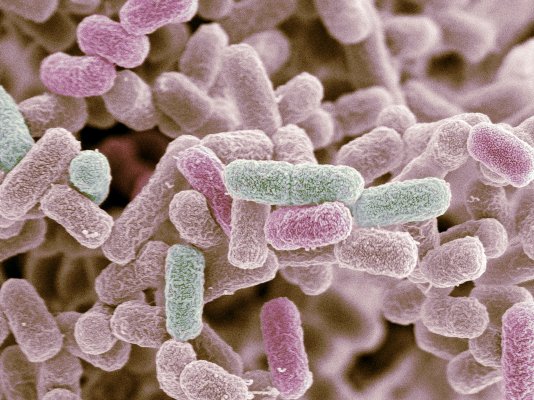 The CDC Is Investigating an E. Coli Outbreak Across 7 States
Next Up: Editor's Pick