A prominent pastor of the Willow Creek megachurch in the Chicago area, Bill Hybels, has stepped down amid accusations of misconduct from multiple women.

Hybels, founder of the Willow Creek megachurch, announced to his congregation on Tuesday that he would step down following a Chicago Tribune report that detailed the misconduct allegations and revealed that church leaders had inquired into the claims. Hybels’s resignation comes six months ahead of his originally planned departure from the Willow Creek church.

According to a March Chicago Tribune report, the allegations against Hybels include suggestive comments, extended hugs, an unwanted kiss and an invite to a staff member to hotel rooms. The claims of inappropriate behavior also included an allegation that Hybels carried on a prolonged consensual affair with a married woman, who later said her claim was untrue, the Tribune reports.

Hybels has denied the allegations and said Tuesday that inquiries by the church into his behavior had found no evidence of misconduct. He said the accusations made him feel attacked at first and that he wished he had reacted differently.

“I sincerely wish my initial response had been one of listening and humble reflection. If I could go back, I would have chosen to listen first, and then to seek to learn and understand,” he said in the statement Tuesday. “I apologize for a response that was defensive, instead of one that invited conversation and learning.”

Hybels said the decision to retire early came after watching the “controversy continue to be a distraction that is hindering our Elders and church staff.” 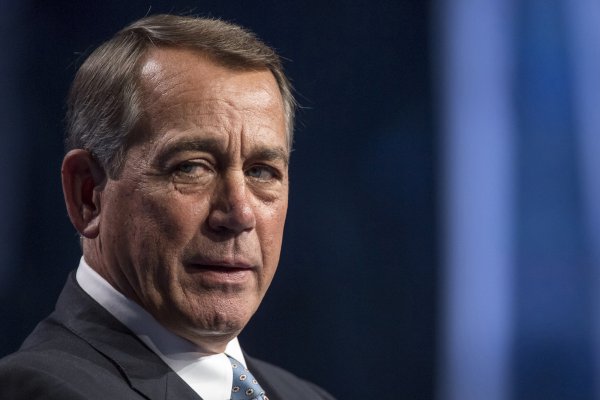 Former House Speaker John Boehner Is Now Working at a Marijuana Firm Advisory Board
Next Up: Editor's Pick