By Michael Zennie and Alana Abramson

House Speaker Paul Ryan will not seek re-election, leaving both his seat and the most powerful position in the House of Representatives up for grabs in the 2018 midterm elections.

Ryan said he intends to “run through the tape” and serve out the rest of his term until January 2019 as both a congressman and Speaker of the House. He is the latest senior Republican to retire from Congress in the face of what is expected to be a wave election for Democrats.

However, at a press conference Wednesday morning, the 48-year-old Wisconsin Republican insisted that neither electoral politics, nor tension with President Donald Trump played a role in his decision to leave office. Instead, Ryan repeatedly said he was retiring to focus more on his family.

“If I were to serve one more term, my kids will only have ever known me as a weekend dad. I can’t let that happen,” he said.

The Wisconsin Republican said he fully intends to hand the House Speaker gavel over to another Republican when he retires – though national polls for the 2018 midterm election favor Democrats over Republicans by five to eight percentage points.

Ryan said Republicans have “achieved a heck of a lot” during his tenure as Speaker of the House. He touted the recent Republican tax bill – “the major reform of our tax code for the first time in 26 years “– and increased funding and improved readiness for the U.S. military as his two biggest accomplishments.

He was first elected to the U.S. House of Representatives in 1998 and was reelected nine times by wide margins. In 2018, Ryan may have faced a fringe challenge in the Republican primary and a Democratic field that includes Randy Bryce, who has gained attention for a viral video touting his blue collar roots.

Ryan has served as House Speaker since October 2015, when he was elected to succeed John Boehner after Boehner resigned in the middle of his term. In 2012, Republican presidential nominee Mitt Romney picked Ryan as his vice presidential running mate.

President Donald Trump tweeted support for Ryan shortly after the announcement, saying: “Speaker Paul Ryan is a truly good man, and while he will not be seeking re-election, he will leave a legacy of achievement that nobody can question. We are with you Paul!”

The news of Ryan’s retirement was immediately greeted with glee from the Democratic Party. “Speaker Ryan sees what is coming in November,” said Democratic Congressional Campaign Committee spokesman Tyler Law. “Stay tuned for more retirements as Republicans increasingly realize that their midterm prospects are doomed.”

Read the full statement from Paul Ryan’s office below:

Write to Michael Zennie at michael.zennie@time.com and Alana Abramson at Alana.Abramson@time.com. 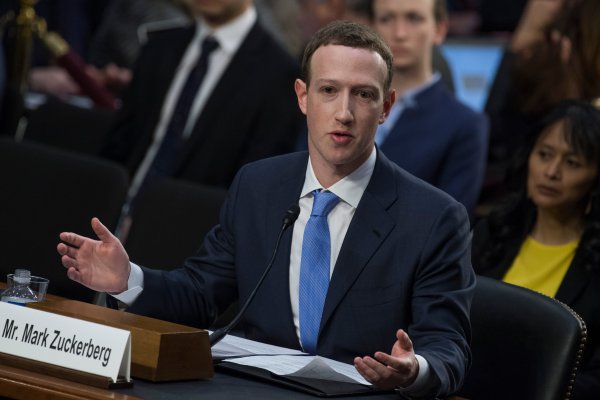 The Mark Zuckerberg vs. Ted Cruz Showdown Was the Most Explosive Part of the Facebook Testimony
Next Up: Editor's Pick