A Reddit user who posted a fabricated pornographic video, purported to feature former Secretary of State Hillary Clinton, has reportedly been traced to a notorious Russia-based “troll farm.”

According to NBC news, the content-sharing platform revealed Tuesday that the account that touted a GIF of the video is associated with the Internet Research Agency (IRA), a St. Petersburg based disinformation unit. The IRA is known for deploying an army of users and bots that posted divisive political content during the 2016 presidential election.

A former IRA employee disclosed last October that the firm had fabricated the video, the Daily Beast reported at the time.

The account, Rubinjer, was active in numerous political messaging channels on Reddit, including r/The_Donald and r/HillaryForPrison, before it was banned from the platform Tuesday. Reddit has banned a total of 944 accounts that had posted a combined total of 14,000 times, according to the statement from company CEO Steve Huffman.

In March, the IRA was among five Russian firms and 19 individuals targeted with sanctions by the Trump administration for alleged election interference, while a month earlier it was indicted by Justice Department Special Counsel Robert Mueller for “seeking to interfere in the United States political system, including the 2016 Presidential election.” 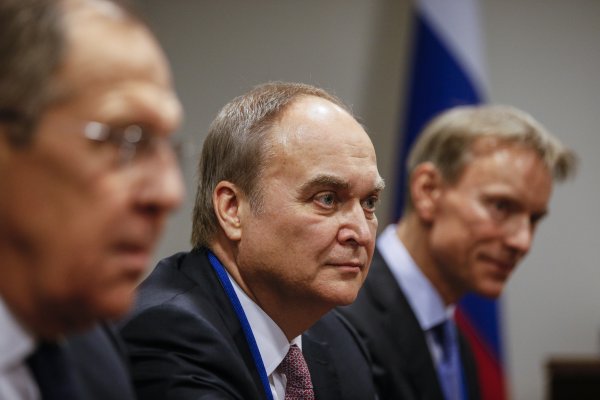 Russia's Ambassador Says Relations With the U.S. Are the Worst He Can Remember
Next Up: Editor's Pick