Queen Elizabeth Got Cheeky With This Joke About Trump and Obama

It’s not often that Queen Elizabeth is recorded in conversation, but when she is, she really knows how to put on a show.

While giving Sir David Attenborough a tour of her private gardens at Buckingham Palace for a documentary highlighting her conservation efforts, the Queen expressed frustration over the helicopters flying overhead with a joke about U.S. presidents.

“Why do they always go round and round when you want to talk?” she said of the aircraft. “Sounds like President Trump, or President Obama,” referencing the presidential helicopter Marine One.

However, while Trump frequently flies in Marine One, the President has yet to make an official visit to the U.K. and has never met the Queen. If this doesn’t change, he will be the only president besides Lyndon B. Johnson to not make Her Majesty’s acquaintance during her long reign.

The Queen’s Green Planet is set to air on ITV in the U.K. on April 16. 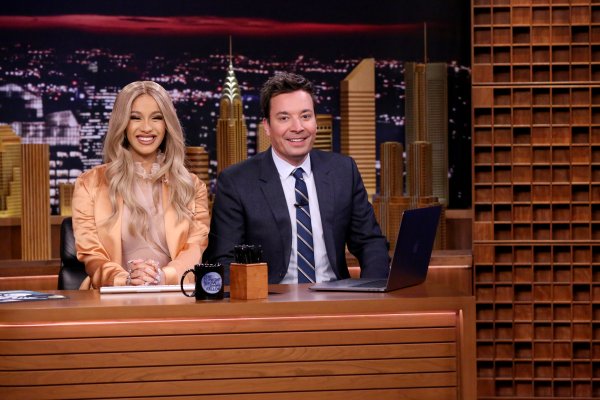 Cardi B Described Her Prom by Making Faces and Sounds. Somehow It Made Complete Sense
Next Up: Editor's Pick