Today Would Have Been Omar Sharif's 86th Birthday. Here's What to Know About the Acclaimed Egyptian Actor

He was Egypt’s most prominent actor, and one of the fist performers from the Arab world to rule the silver screen. On Tuesday, Google honored what would have been Omar Sharif’s 86th birthday with a Doodle.

Sharif was already a star in his native country, having appeared in more than a dozen movies, when his breakout role in Lawrence of Arabia catapulted him to Hollywood fame. In one of cinema’s most dramatic entrances, he emerged like a mirage from the horizon, galloping into the frame on a camel to meet Peter O’Toole.

Sharif’s raffish looks and onscreen charisma quickly earned him leading roles, including the titular part in Doctor Zhivago, which earned him an Oscar nomination.

Born Michel Demitri Chalhoub in Alexandria in 1932, Sharif was the son of well-off Lebanese-Syrian Christians. He studied mathematics and physics at Cairo University and learned to speak five languages fluently. After graduation, he briefly worked at his father’s lumber company before pursuing a film career.

In one of his first roles, Sharif starred alongside Egyptian actress Faten Hamama, who he married later the following year after converting to Islam.

After Lawrence in 1962, “Sharif expanded his orbit from Egyptian matinee idol to international heartthrob,” Google says.

He racked up roles as the exotic leading man, such as the King of Armenia in The Fall of the Roman Empire (1964), the Mongolian conquerer in Genghis Khan (1965), a German officer in The Night of the Generals (1967) and a big-time gambler in Funny Girl (1968).

Over the course of his career, Sharif won three Golden Globes. Off-screen, he was also known as a world-class chess player and a contract bridge player. After his divorce in 1974, he never remarried.

Reflecting on his life’s work in a 2007 interview, Sharif said, “It gave me glory, but it gave me loneliness also.” 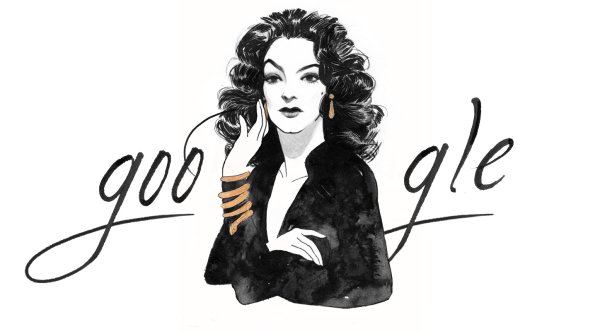 Mexican Film Icon María Félix's Life Is Being Celebrated On Her 104th Birthday
Next Up: Editor's Pick