Michael Cohen Is in Trouble. We Just Don't Know Exactly Why Yet

An FBI raid on the homes and workplaces of Donald Trump’s personal attorney Michael Cohen does not bode well for him, but it’s not clear yet exactly how much trouble he’s in.

But on Monday the heat was turned up even more when the FBI raided his home, office and hotel room, seizing records which pertained to the Daniels payment and other matters, according to the New York Times.

To conduct a raid on an attorney requires several levels of authorization at the Department of Justice, which means “a judge had to have been satisfied that there was probable cause to believe that the attorney-client relationship had a fraudulent or criminal objective,” says Stephen Gillers, professor at the New York University School of Law. “That itself is unusual.”

The U.S Attorney’s Office for the Southern District of New York got the search warrants for the FBI after a referral from special counsel Robert Mueller’s office

Cohen’s lawyer said in a statement that the search was “completely inappropriate and unnecessary,” and Trump called it “disgraceful” in impromptu remarks.

But the extra layers of approval built in to authorizing a warrant for an attorney’s office, and the fact that this investigation is now outside the umbrella of Mueller’s probe, make it harder for Trump to cry foul, observers say.

“He has to claim the entire infrastructure of the DOJ and FBI is corrupt to the core,” says Susan Simpson, associate with the Volkov Law Group. “He can’t even fire Mueller to get out of this one.”

The raid raises a host of questions and highlights the many ways that Cohen, long known as Trump’s personal fixer, now could find himself in legal jeopardy.

“It’s a really big deal,” says Andy Wright, associate professor at Savannah Law School. He says the extraordinary nature of raiding an attorney’s office, let alone raiding the sitting President’s personal lawyer’s office, means the FBI had to feel very confident in the probable cause to get the warrant.

Using the metaphor of putting a final nail in Cohen’s legal coffin, he says, “That had better be a really sturdy pine box.”

The Washington Post reports that Cohen is under federal investigation for possible bank fraud, wire fraud and campaign finance violations.

In 2016, Cohen paid Daniels $130,000 in exchange for signing a nondisclosure agreement which she is now seeking to have invalidated. Cohen and Trump both deny Trump had an affair with her, and Cohen says he paid the money out of pocket. Breaking his silence on the matter last week, Trump said he wasn’t aware of the payment.

The payment was made less than two weeks before the 2016 election, so if Cohen is claiming he made the payment on behalf of Trump, that could be a “coordinated, illegal, in-kind contribution by Cohen for the purpose of influencing the election,” said Trevor Potter, former chairman of the Federal Election Commission, Business Insider reports. That would vastly exceed the legal contribution limit of $2,700.

“If the money came from [Cohen], the best case you could argue is yes, it came from him, but it was not connected to the campaign,” says Simpson. “But given the timing and statements about that, that’d be a really hard sell.”

Prosecutors would have to prove that Cohen gave Daniels the money to try to influence the outcome of the election, rather than for personal reasons.

Through the course of the Daniels case, Cohen has done multiple things that could run afoul of New York Rules of Professional Conduct, such that Simpson predicts that his license to practice law will be “kaput.”

“There’s no way the facts can shake out where he didn’t violate some statute or rule,” she says.

For example, court rules prohibit dishonesty or misrepresentation in settlements. So if Cohen has lied at any point about what happened with Daniels, that could be an issue. (The New York Bar Association does not have a formal role in disciplining lawyers.)

There’s also an ethics rule that says lawyers should inform their clients of “material developments in the matter including settlement or plea offers.” So if Trump is telling the truth and he did not know about the $130,000 payment made by Cohen, that would be “very problematic,” says Michael Frisch, Georgetown Law’s ethics counsel and adjunct professor. “But I don’t know who is telling the truth or not in this scenario.”

The search warrant that details what the FBI is investigating and wanted to seize hasn’t been made public. But experts agree this latest development should concern Cohen. Simpson was contacted to talk about Cohen’s legal woes for this piece around midday Monday.

Her first mental note was a prescient one, occurring to her hours before the story of the raid broke: “You’ll know he’s in deep doo-doo,” she says she thought, “if they ever raid him personally.”

Correction: The original version of this story misstated whether the New York Bar Association has a formal role in disciplining lawyers. It does not. 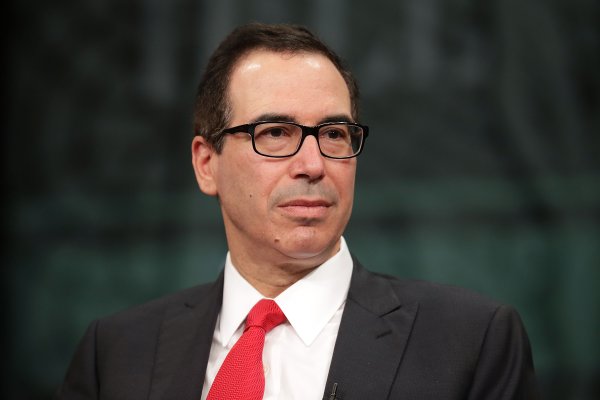