The Creators of Westworld Actually Want to Give Away Spoilers for Season 2. Here's Why

It’s challenging to avoid spoilers in the age of the internet, but the creators of HBO’s Westworld have a unique way to combat spoiler culture ahead of the show’s second season.

In a Reddit AMA on Monday, creators Jonathan Nolan and Lisa Joy laid out their bold plan: give away all the big spoilers before the season even begins, which they admit is a “potentially highly controversial” decision.

“If you guys agree, we’re going to post a video that lays out the plot (and twists and turns) of season 2,” Nolan and Joy wrote. “Everything. The whole sordid thing. Up front. That way the members of the community here who want the season spoiled for them can watch ahead, and then protect the rest of the community, and help to distinguish between what’s ‘theory’ and what’s spoiler.”

Nolan and Joy added that Westworld‘s cast is in on the decision and “fully supportive,” but the move depends on whether or not the comment outlining their plan reaches a 1,000 upvotes on Reddit. As a Monday evening, the comment had 745 points on the platform.

Predictably, some members of the Reddit community weren’t enthusiastic of the idea. “Uploading the entire plot of Season 2 beforehand will result in the spoilers being shared everywhere on the internet, which in turn makes it harder for people to avoid,” one commenter wrote, acknowledging the difficulties of avoiding Game of Thrones spoilers when HBO dealt with a number of leaks last summer, when hackers leaked the popular show’s scripts.

But Nolan and Joy remain hopeful, nonetheless. “It’s a new age, and a new world in terms of the relationship between the folks making shows and the community watching them,” they wrote. “And trust is a big part of that.” 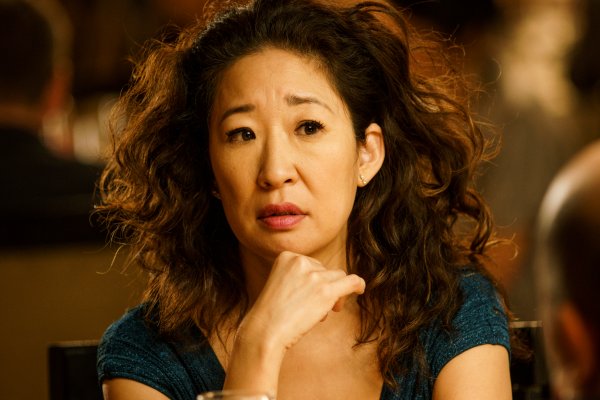 Sandra Oh on Stereotypes, ‘Grey’s Anatomy’ and Her First Lead Role on 'Killing Eve'
Next Up: Editor's Pick