The Federal Deficit Will Hit $1 Trillion by 2020

The U.S. budget deficit will surpass $1 trillion by 2020, two years sooner than previously estimated, as tax cuts and spending increases signed by President Donald Trump do little to boost long-term economic growth, according to the Congressional Budget Office.

Spending will exceed revenue by $804 billion in the fiscal year through September, jumping from a projected $563 billion shortfall forecast in June, the non-partisan arm of Congress said in a report Monday. In fiscal 2019, the deficit will reach $981 billion, compared with an earlier projection of $689 billion.

The nation’s budget gap was only set to surpass the trillion-dollar level in fiscal 2022 under CBO’s report last June.

Deficits are growing as the Trump administration enacted a tax overhaul this year that will lower federal revenue and Congress approved a roughly $300 billion spending increase. The fresh CBO estimates could heighten investor worries as they weigh the potential impact that tariff threats between the U.S. and China may have on the world economy.

The report includes new projections for the effects of the tax legislation — saying it will increase the deficit by almost $1.9 trillion over the next 11 years, when accounting for its macroeconomic effects and increased debt-service costs. In December, Congress’s Joint Committee on Taxation had said the tax package would reduce federal revenue by almost $1.1 trillion over a 10-year period.

“Today’s CBO report confirms that major damage was done to our fiscal outlook in just the past few months,” Michael Peterson, who heads the budget watchdog Peterson Foundation, said in a statement. “This is the first forecast to take into account the recent tax and spending legislation, and it’s clear that lawmakers have added significantly more debt on top of an already unsustainable trajectory.”

The tax-cut and spending legislation “provide fiscal stimulus, raising real GDP more than potential GDP in the near term,” the CBO said. “Over the longer term, all of those effects, as well as the larger federal budget deficits resulting from the new laws, exert upward pressure on interest rates and prices.”

The CBO predicts the federal funds rate will reach 2.4 percent in the fourth quarter of 2018, 3.4 percent by the end of next year and then peak at 4 percent in 2021. It sees unemployment declining to 3.3 percent in 2019 on an annual average, from 3.8 percent this year.

“During the 2020-2026 period, a number of factors dampen economic growth: higher interest rates and prices, slower growth in federal outlays, and the expiration of reductions in personal income tax rates,” CBO said.

Even before the latest fiscal measures, the U.S. budget gap was predicted to increase as an aging American population puts pressure on health care and retirement programs.

The CBO baseline represents what it projects will happen if current law is allowed to remain in effect. CBO assumes that budget caps on annual appropriations, which Congress has raised regularly, remain in effect. Because of that, deficits are likely to be even larger than CBO is projecting.

CBO Director Keith Hall will testify about the report this week before the House and Senate budget committees.

Congress isn’t planning to enact any major deficit-cutting legislation before the November midterm elections. While the House will draft a budget resolution, the Senate has indicated it won’t take one up. Without the fast-track budget reconciliation, there is no chance entitlement cuts conservative Republicans are seeking can be enacted because Democrats can employ a Senate filibuster. 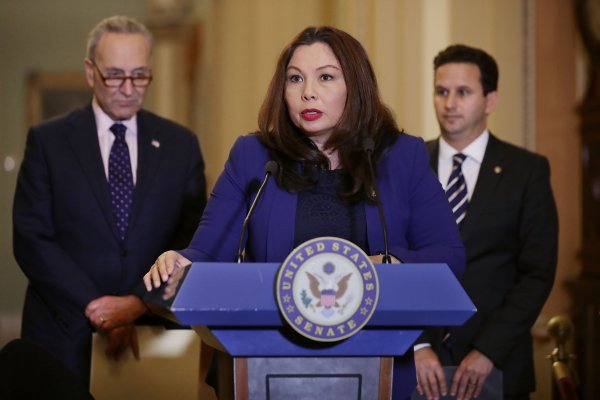