The parents who drove off a California cliff with their six adopted children were allowed to continue home-schooling them despite repeated allegations of child abuse across three states.

The crash that killed Jennifer and Sarah Hart and at least three of their children, has become the latest high-profile case in which alleged child abuse coincided with home schooling. New details reveal that child welfare officials, who reportedly interviewed the family in 2013, did not pursue a case against the Harts despite their children being in violation of state home-schooling laws.

Jay Remy, communications director for the Oregon Department of Human Services, declined to comment on the existence of specific child welfare cases, citing privacy laws, but he said if children are not registered in public school or home school, it could be cause for concern in a child-abuse investigation. “It could raise questions as to whether the child is isolated and it could also raise questions about whether a child’s educational needs are being met,” he said in an email.

The fact that the Hart children were home-schooled for the past seven years is also one reason investigators still know so little about what happened before the crash. “We didn’t have a lot of classroom information coming in, you know, from the classmates,” Mendocino County Sheriff Tom Allman, who is leading the investigation, told TIME. Friends and extended family members have also not been able to offer much insight into what preceded the family’s car crash, which authorities say might have been intentional.

There is no evidence to suggest that home-schooled students suffer abuse at higher rates than students enrolled in public school. But a 2014 report from the University of Wisconsin School of Medicine and Public Health, which looked at 28 cases of “extreme child abuse,” found that it was common for abusive parents to remove their children from public school.

“This ‘homeschooling’ appears to have been designed to further isolate the child and typically occurred after closure of a previously opened (Child Protective Services) case,” the paper stated. “Their isolation was accompanied by an escalation of physically abusive events.”

Child-welfare experts say it can be harder to identify abuse and prevent it from escalating if children don’t regularly come into contact with teachers and other adults. And proposed laws in several states have recently sought to change home-schooling regulations because of child abuse incidents, with little success. A bill introduced in Hawaii in January would require school districts to conduct a background check on parents before approving them for home schooling.

But those bills have met vocal opposition from home-schooling advocates, who argue that cases of abuse are a rare exception, and many home-schooled children are involved in sports and other activities outside the home and are often connected to a community of home-schooling families.

“I think most parents who choose to educate their children at home are doing so because they believe they can provide a better education — or at least as good of an education — and that they think that they can meet the unique needs of their particular child,” said Tj Schmidt — a staff attorney for the Home School Legal Defense Association, which advocates for the rights of home-schooling families.

The pullout where the SUV of Jennifer and Sarah Hart was recovered off the off Pacific Coast Highway 1, near Westport, Calif.
Alameda County Sheriff's Office/AP/REX/Shutterstock

No state prohibits parents from home-schooling their children because of a history of child-abuse allegations. Pennsylvania law prohibits parents from home-schooling if they have been convicted of certain crimes within the past five years, including child endangerment, kidnapping or aggravated assault. But the law is far less stringent in other states, including Minnesota, where Sarah Hart was convicted of misdemeanor domestic assault in 2011 after her daughter came to school with bruises on her stomach and back following a spanking that “got out of control,” according to a police report. Days after her sentencing, all six Hart children — in kindergarten through 7th grade — were pulled out of the public school system for home-schooling, according to district records.

In 2013, Oregon child welfare officials determined there was not enough evidence to pursue a child-abuse case against Jennifer and Sarah Hart, according to a friend who reported them for abuse, despite the fact that the Harts had not registered for home schooling, as required by state law. “The kids were regularly punished for common childlike and adolescent behavior, such as laughing too loudly or taking a small piece of food that was offered without permission from Jen,” the friend, Alexandra Argyropoulos, said in a statement to TIME. “Her reactions were overblown, and the punishments seemed unnecessarily cruel. She would deprive them of meals, take away talking privileges for a day, and make them stand in a corner and stare at a wall for a long extended period of time.”

Argyropoulos said Oregon Child Protective Services officials told her they did not have enough evidence to pursue a case after interviewing the Hart children. But when the Harts lived in West Linn, Oregon, the children were never enrolled in their local public school district, nor were they ever registered for home schooling through the local Education Service District, as Oregon state law requires.

“At that point, it should have come to light that they were not being legally educated — that they were, in fact, truant. It should have, and I don’t know why it didn’t,” said Rachel Coleman, executive director of the Coalition for Responsible Home Education, which advocates for stronger home-schooling regulations.

Argyropoulos started a White House petition last week, calling for the creation of a national child abuse registry to better track reported abuse across state lines, arguing such a database could have helped the Hart children.

“This happened because our state agencies are unable to communicate effectively,” she said in a statement. “Jen and Sarah were able to skip from state to state with six children knowing that a trail of their documented abuse would go without further investigation or consequence.” 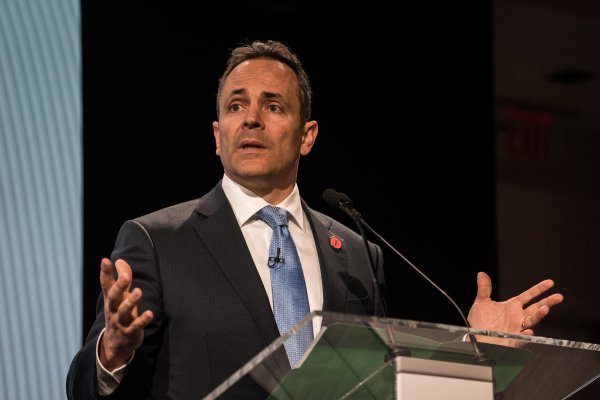