In an email interview with USA Today, Wozniak criticized Facebook’s use of private information to improve target advertising, writing that the company monetizes its users’s data and renders them “product[s]”.

“Users provide every detail of their life to Facebook and … Facebook makes a lot of advertising money off this,” Wozniak said. “The profits are all based on the user’s info, but the users get none of the profits back.”

Wozniak also compared Facebook to Apple, the tech giant he co-founded with Steve Jobs. “Apple makes its money off of good products, not off of you,” he added. “As they say, with Facebook, you are the product.”

Wozniak said that he would prefer to pay for Facebook rather than have his data compromised. Facebook’s chief operating officer Sheryl Sandberg has previously said that users should expect to pay if they don’t want their personal information used for targeted advertising.

Apple CEO Tim Cook said during an interview last month that he wouldn’t ever have found himself in Facebook CEO and founder Mark Zuckerberg’s position, because Apple respects its customers’ privacy. “We don’t subscribe to the view that you have to let everybody in that wants to, or if you don’t, you don’t believe in free speech,” Cook said. “We don’t believe that.”

Facebook has faced intense public scrutiny since the Cambridge Analytica scandal broke. On Monday, the 87 million users who might have had their data shared with the Trump-affiliated data mining firm will get a message on their news feeds detailing how they may have been affected. 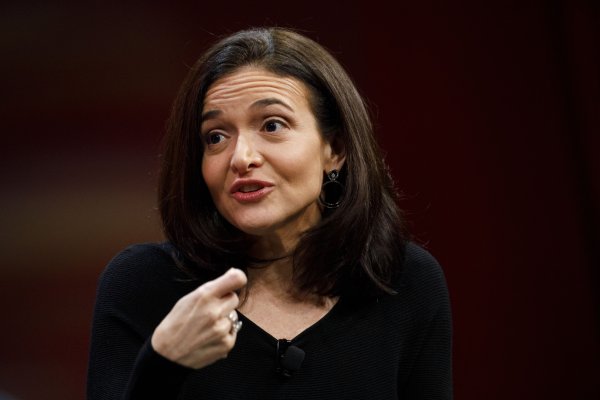 Pay for Facebook If You Want No Ads: Sheryl Sandberg
Next Up: Editor's Pick