What It's Like to Study at the Strictest School in Britain

It’s lunchtime at Britain’s most notorious school, but I don’t get to eat much. My plate of fries and a vegetable patty is only half-eaten when an 11-year-old swiftly removes it. In silence, the children sitting either side of me pass their plates to the end. It’s been less than 10 minutes since the school first sat down to eat. On surrounding tables, other adult visitors scramble to finish their meals in the face of outstretched hands trying to take their plates, as teachers time the students’ progress. At this school, “family lunches” aim to develop soft skills; children are expected to make conversation, pour drinks, and clear their guests’ plates—whether they’ve finished or not.

This is just one element of life at Michaela Community School. Based in Wembley Park, an underprivileged area of north London most famous for hosting England’s national soccer stadium, the school has become internationally renowned since opening in 2014—dubbed by the country’s newspapers as “Britain’s strictest school.” The school’s 484 pupils study in an atmosphere of rigid austerity. ‘Demerits’ are given out for the slightest errors: forgetting a pen, slouching, turning to look out of a window during a lesson. Two demerits in one class equals a detention. “That’s another demerit… you’re too disorganized,” an English teacher tells one girl who’s struggled to find her textbook in the allocated ten seconds.

The school day is run with military precision. Everything, from lessons to lunch, is timed to the second, with the aid of large digital clocks placed in each room. Teachers often give their classes a timeframe in which to accomplish a task—“Ten seconds to take out your books and open them to page 32”—before counting down backwards. The transition between classes is also timed, and completely silent. A black line runs down the center of the corridor carpets, and children are expected to silently proceed either side to their next classes. Eagle-eyed teachers stand ready to reprimand those who walk too slowly. Every detail is designed to maximize the amount of learning time. In the student bathrooms, there are no mirrors, lest they distract the students.

Katharine Birbalsingh, the principal or “headmistress” who founded Michaela four years ago, says the school’s emphasis on order and discipline means that “children can be children here, and have real childhoods.” The approach is intended to remove space for the social ills that other schools grapple with—Birbalsingh says the silent corridors almost eradicate bullying, for example (although she admits online bullying is harder to wipe out).

Birbalsingh says with satisfaction that she has had ex-servicemen visit and tell her Michaela reminds them of the British Army. Indeed, just like the military the school has established its own vernacular. “SLANT!” a teacher will shout, and students are expected to sit bolt upright, arms crossed, face turned to the front. Children are also expected to “track” the teacher with their eyes. Such is the range of commands to learn, new pupils joining the school at 11 years old are expected to attend a seven-day bootcamp before term starts. “That’s where we learn how strictness is good for you,” one pupil tells me, “how we’re different from other schools.” “Everything is in control,” another child adds, with a smile.

Michaela is one of Britain’s approximately 400 “free schools,” which are broadly similar to the U.S.’s charter schools. Unlike the U.K.’s centrally-managed state-funded schools, or “state schools,” free schools are run independently by non-profit groups. They receive funding from government, but operate outside its control. Michaela teachers create their own curriculum, and compile their own textbooks. The school’s pupils are drawn from the local neighborhood, which is among the least privileged in the U.K’s capital city. Wembley Park is a district of London borough Brent, where one third of households are living in poverty, and which has the second-highest eviction rate in London. Michaela itself is housed in an unlovely gray office block opposite a London Underground train station. Birbalsingh says her school’s values are broadly in line with traditional British schooling. “But we have a similar goal to many of the charter schools in the United States… that are trying to change the lives of inner-city children.”

Since their introduction by the Conservative-led coalition government in 2010, free schools have proven controversial for their sometimes unorthodox approaches to education. But perhaps no free school is better known than Michaela, which is regularly the subject of media attention for its dedication to discipline (hiring a “detention director,” for example) and its focus on rote-learning, or memorizing by reptition. Birbalsingh is herself a divisive figure; she first came to prominence when, as a state school teacher, she delivered a tirade against Britain’s “broken” educational system at the Conservative Party conference in 2010, a political speech that raised the ire of her fellow teachers. Her school has been picketed and broken into by protestors before, and in January its Google Maps link was tampered with, so that it temporarily read “Michaela Community Prison.”

“The standard response [to Michaela] is to pretend that the children aren’t happy,” says Toby Young, a former Vanity Fair journalist and education reformer who co-founded another Free School in London. “And that …anything that even faintly resembles direct instruction is tantamount to child cruelty.” However, Young supports Michaela’s strict teaching methods: “[My first visit] was like seeing the ideal school come to life.” He describes a French class he observed as indistinguishable from the level you might expect at an elite private school like Eton.

Michaela’s reputation draws visitors from all over the country; plenty of journalists but also teachers eager to see what all the fuss is about. On arrival, guests are presented with a piece of paper with instructions on how to behave, which acknowledges some may have strong feelings about its approach to discipline. The first instruction reads: “Please Do NOT: Demonstrate disbelief to pupils when they say they like their school.” Birbalsingh says this has happened before. “A pupil came to me and said, ‘Miss, what do I do when the guests say I shouldn’t like my school?’” she says. “You know, which is just awful, right?”

The pupils I met showed no sign of disliking their school; on the contrary, they appear extremely proud of it. Half-a-dozen Year 7s, the youngest age group in British high schools aged 11 and 12, extol the merits of attending Michaela. Visitors’ letters are often displayed around the school, one boy says. “Sometimes, when visitors come… they write a little message,” he explains, “saying, ‘Ah, this school’s like a prison nearly,” he says, enthusiastically. At the word ‘prison’, a girl to his right darts a look at him. He ploughs on. “Like, it’s really really good.”

The school does its best to foster lofty aspirations among its students. The group of 11-year-olds I meet each tells me they aim to attend Oxford or Cambridge University. The quality of education was recognized as “outstanding” in a May 2017 report by the government’s independent regulator Ofsted.

But Michaela’s teaching methods have been met with some criticism by education experts. The school stands by rote-learning techniques, or “drills to thrill.” Several poems are learnt by heart and belted out by students before lunch. The idea is that only by memorizing and learning can students later develop an informed opinion. The emphasis is on the teacher inside the classroom, and there’s no enquiry learning or group projects.

George Duoblys, a physics teacher in London, wrote an article for the London Review of Books in October, in which he questioned whether Michaela students are “being taught to think for themselves.” Duoblys tells TIME that, while he admires the depth of factual knowledge the students obtain, he is concerned Michaela is “removing all spontaneity.”

“By trying to control absolutely everything, the teachers maybe deny students the opportunity to get a feel for their own style, their own way of doing things,” he says. The school’s teachers “are really passionate about learning and knowledge, but the way they go about it seems—by any kind of normal, intuitive sense—to not be a very enjoyable experience,” Duoblys says.

Michaela’s Deputy Head Jonathan Porter sees things differently. “I think it’s Britain’s most loving school,” he says. Porter believes the school’s strict rules allow “pupils to be free, to be truly free” to learn. Aged just 28, he is a Cambridge graduate who attended Oundle, a prestigious U.K. private school. Like the majority of Michaela’s staff, he is young, charismatic, and filled with a kind of religious zeal when it comes to Michaela’s ethos. “We’re certainly all evangelical,” Porter says. The school has produced a book, Battle Hymn of the Tiger Teachers, which sets out the “brave new world” Michaela promotes. Throughout my interview with Birbalsingh, she repeatedly refers to the need to “spread the word.”

The real test of Michaela’s approach to education will come when its first intake of pupils takes their GCSEs, national exams that every British student takes at age 15 or 16. The current Year 10s, the oldest age group at the school, will sit their exams in summer 2019. But in the meantime, they’re unlikely to forget it. “42 WEEKS TO GCSES,” one classroom sign reads.

After plates have been cleared away at lunch, the children are called on to offer “appreciations” to guests, parents and teachers. The process takes longer than the meal itself. Each selected child stands to thank someone who has been particularly helpful to them, before the whole school offers two staccato claps and a teacher rates the child on vocal projection. The teacher overseeing lunch during my visit also asks about the day’s pre-approved topic of conversation: who would the children nominate as TIME’s Person of the Year. Several students, apparently unprompted, suggest Birbalsingh.

These “family lunches” are intended to give the children life skills that will set them up in areas that go beyond education. Birbalsingh, a daughter to a Guyanese academic and a Jamaican nurse, recalls feeling ostracized as a non-white teenager, brought to the U.K. from Canada at the age of 15. “I was one of those children that others didn’t necessarily find very cool,” she says. Her fierce work ethic took her to Oxford University, where she worked on outreach programs with inner-city children and was inspired to go into teaching.

She believes that children from Michaela’s catchment area also need guidance on “skills that you and I take for granted,” she says, such as table manners. “If they are eating Kentucky Fried Chicken every night, well they don’t know that,” she says. “Those silly little rules can act as stepping stones… so that the children can both be an academic success and also a good person in the end.” 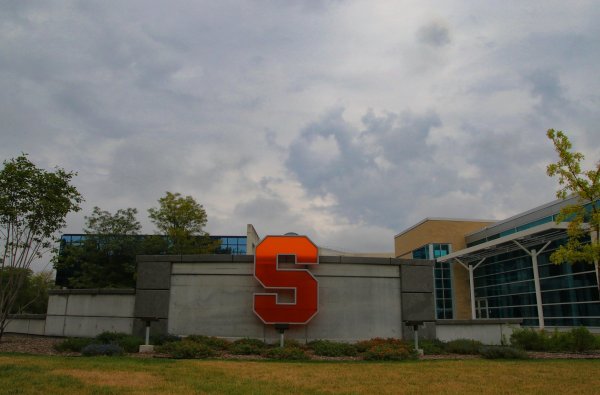