The U.S. has confirmed that Kim Jong Un is willing to talk to President Donald Trump about getting rid of his nuclear weapons, as South Korea claimed when it passed along the North Korean leader’s offer for a historic meeting, according to an administration official.

Whether or not Kim had genuinely offered to discuss dismantling his nuclear program was a key question surrounding his offer to meet Trump, made in March and conveyed to the U.S. via a South Korean envoy. The U.S. president accepted Kim’s offer before the U.S. could confirm the North’s offer was genuine, and a meeting between the two was promised by the end of May.

The administration official asked not to be identified discussing private deliberations. But the fact that the U.S. has confirmed North Korea’s willingness to even discuss denuclearization is a positive step toward the Trump-Kim meeting actually taking place, and suggests they are communicating directly in preparation for it.

CNN reported on Saturday that the U.S. and North Korea have been holding secret, direct talks to prepare for the summit. That work has been led by Central Intelligence Agency Director Mike Pompeo, Trump’s pick to become secretary of State. Pompeo, whose confirmation hearing before the Senate Foreign Relations Committee is set for April 12, was chosen after Trump fired Rex Tillerson as his top diplomat.

U.S. and North Korean intelligence officials have spoken more than once and even met in a third country, CNN reported. A State Department spokesman declined to comment.

There had been some suspicion that the meeting might not happen because North Korea still hasn’t publicly announced Kim’s offer to meet Trump. A big question was whether Kim would be willing to talk about the issue most important to Washington: dismantling his nuclear program.

South Korea had contended that Kim was willing to do so and had also vowed to suspend nuclear and missile tests. CNN reported that North Korea wants to have the meeting in its capital, Pyongyang, and that preparations are under way for a possible meeting between Pompeo and the head of the Reconnaissance General Bureau, North Korea’s intelligence agency. 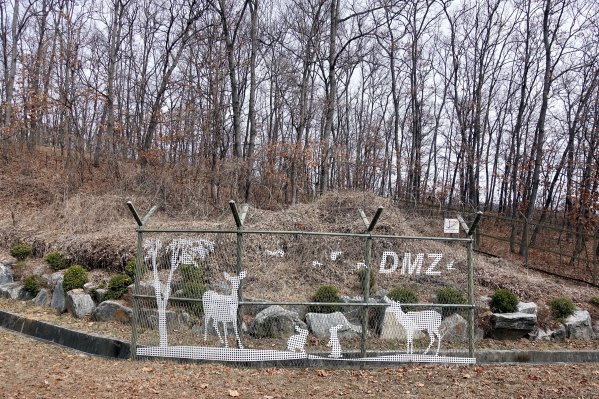 What Kim Jong Un Really Wants From President Trump
Next Up: Editor's Pick