National Beer Day Falls on a Saturday This Year. Here's Why We Celebrate It

Most people think of National Beer Day as an annual event when breweries whip up rare, small batches and lure in customers with special deals. But there’s a deeper meaning to the unofficial holiday celebrated April 7. That’s the that day beer was allowed to be legally manufactured and sold in the country after a years-long dry spell. And this year — for the first time since 2013 — the high, holy hoppy holiday lands on a weekend. So, raise a glass to that.

National Beer Day’s origins go as far back as 1919, when Congress passed the Eighteenth Amendment, prohibiting the sale, transportation, and production of alcohol in the U.S. This marked the start of the Prohibition era, which made many Americans turn to creative ways to enjoy their illicit beverages.

But 14 years later, when President Franklin Delano Roosevelt took office, Americans were in for a change when he signed into action the Cullen-Harrison Act, which once again made selling and consuming low-alcohol beverages like beer and wine legal in the U.S.

The 32nd president assumed the role during the Great Depression in 1932, and his enactment of the new law helped uncorked much needed revenue that could be made through the sale of alcohol beverages once again.

The act passed on March 22, 1933, marking the first time Americans could legally chug a brewski in comfort again. But officially, the act went into effect on April 7 of that year, leading many Americans to take to the streets and celebrate with — you guessed it — a beer.

All these years later, the unofficial holiday gives hop-heads a chance to enjoy everything from stouts to pilsners through a slew of deals that restaurants are offering around the country.

And like Christmas, the unofficial holiday even has its precursor, New Beer’s Eve, which falls annually on April 6. So, it’s okay if you start celebrating early.

Correction: The original version of this story misstated the year in which the Cullen-Harrison Act went into effect. It was in 1933, not 1922. 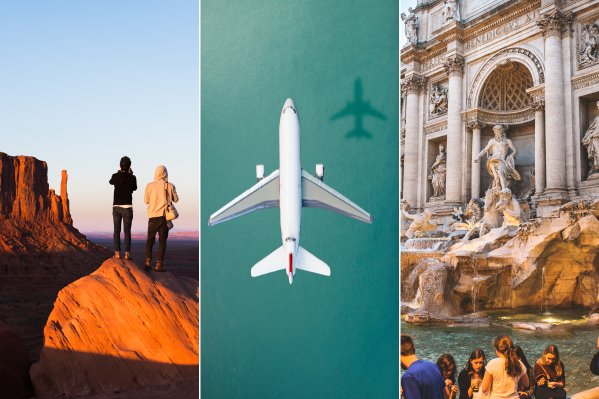 Here's Everything You Need to Travel the World
Next Up: Editor's Pick