Here Are 5 Ways a Trade War Could Hurt You

The closing numbers are displayed after the closing bell of the Dow Industrial Average at the New York Stock Exchange on March 19.
Bryan R. Smith—AFP/Getty Images
By Justin Worland

The scale of tensions between President Trump and his Chinese counterparts over tariffs and trade can be hard to comprehend when looking at them in aggregate. Last week alone Trump threatened to expand the value of his tariffs by $100 billion while China offered $50 billion in tariffs of its own.

But while the overall picture is hard to see, the specific effects on the day-to-day lives Americans if these policies are implemented will be very concrete. In the event of an all-out trade war, prices will rise and Americans will lose their jobs.

“I am concerned,” says Ron Kirk, the top trade negotiator under President Obama. “Ultimately, the cost of increases in tariffs are borne by American business and consumers that use those products.”

The White House for one insists the conflict has not escalated into an all-out trade war, though some officials have acknowledged the situation could escalate. Indeed, backroom negotiations could still stave off the worst consequences, and Xi seemed to soften his rhetoric Tuesday. But if Trump continues his hard-nose approach the worst-case scenario looks increasingly possible.

Here are five ways you may be affected.

The very purpose of tariffs is to increase the price of imports to aid American producers of those same products. Ultimately, however, higher prices will hurt the consumers who actually purchase finished goods.

Trump’s list of targeted products, valued at some $50 billion, focuses mostly on industrial machinery — such as aircraft parts and steam turbines, for example — that everyday Americans are unlikely to purchase. Still, companies that use those materials will pass the additional costs along to consumers. Campbell’s Soup, for example, said that new tariffs on steel would lead the company to raise prices. “Any new broad based tariffs on imported tin-plate steel — an insufficient amount of which is produced in the U.S. — will result in higher prices on one of the safest and more affordable parts of the food supply,” a spokesperson for the company wrote in an email to Fortune.

Other affected sectors include agriculture, electronics products and the car industry.

Your retirement savings could take a hit

There is a good chance your wallet will take a big hit from a trade war if you’re one of the millions of Americans who saves for retirement using a 401(k) or you are otherwise invested in the global stock market. Tariffs don’t simply affect one targeted product. They disrupt supply chains and drive prices higher, leading to extended economic ripple effects. Ultimately, tariffs harm the growth that corporations thrive on to generate more revenue and boost their value.

For you, that could mean a decline in the value of your investments. And, even if negotiations ultimately prevent crippling tariffs, the very threat of them affects markets. On Tuesday, the Dow Jones Industrial Average was down more than 8% from its all-time high in January.

Trump acknowledged that his policies might hurt the stock market. “I’m not saying there won’t be a little pain,” Trump said in a local radio interview Friday. “The market has gone up 40 percent, 42 percent, so we might lose a little bit of it. But we are going to have a much stronger country when we are finished.”

China’s announce retaliatory tariffs target a number of specific industries — U.S. soy beans, tobacco and automobiles, to name a few. Decline in demand for those products would have a direct and close to immediate effect on employment in those industries. More importantly, the effects of tariffs could extend beyond directly targeted products, particularly in communities heavily reliant on one dominant industry with exports to China. In those areas, economic downturn would hit everyone

“This is no longer a hypothetical,” said American Soybean Association president John Heisdorffer in a statement. “A 25 percent tariff on U.S. soybeans into China will have a devastating effect on every soybean farmer in America.”

Other unforeseen consequences could happen

Tariffs would have a number of geopolitical implications that are hard to imagine before they happen. For instance, a ruptured relationship with China could spill over into the Trump White House’s efforts to isolate North Korea and increase the chances of armed conflict. Less dramatically, the countries could restrict travel or cut the number of student visas in retaliation.

There may be some benefits, too

Some people could benefit from tariffs, but they tend to be a very narrow segment of the population. Steel and aluminum manufacturers, for instance, received a boost from Trump’s tariffs on those products, which went into effect last month.

In the longer term, the Trump administration hopes its tariffs in response to China’s widely acknowledged intellectual property infractions will lead the country to respect U.S. intellectual property. If that effort succeeds, it would benefit many different American businesses and industries. But by and large trade experts say tariffs are the wrong solution to a real problem. 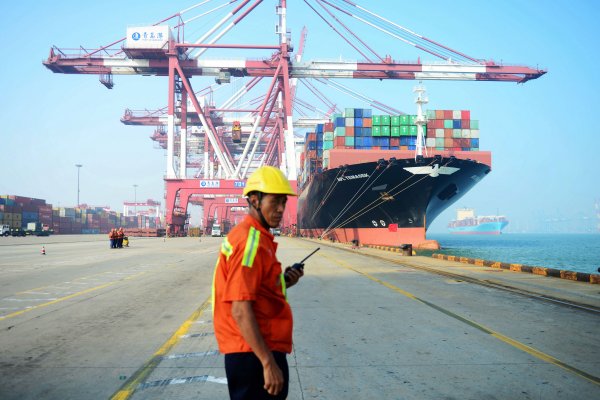 It’s Not Just China's Tariffs That Should Worry Washington
Next Up: Editor's Pick