Shingles — the adult version of chicken pox — is no fun. Unfortunately, Lin-Manuel Miranda is learning that the hard way this week. What he thought was “just a migraine” has been diagnosed as shingles, which has led the Hamilton creator and avid Twitter user to share updates of his situation with his online community.

“In a Phantom mask til further notice,” he joked, referring of course to the Phantom of the Opera‘s famous half-mask, which the titular character uses to hide his disfigured appearance.

Shingles, a viral infection, breaks out in adults as a painful rash anywhere on the body, usually confined just to one side. Miranda’s tweets suggest his has it on his face, unfortunately. It is associated with intense pain, and headaches are another symptom, which might explain his migraine confusion.

Luckily, shingles is not life-threatening, but when it appears near your eyes it’s recommended to see a doctor — which is just what Miranda did. “Ophthalmologist has blurred my eyes good,” he joked. “What for great typos on this rwitrer fded all day [sic].”

Dad jokes are a slippery slope, however.

At least actress Emmy Rossum — who played Christine in the movie version of Phantom of the Opera from 2004 — was willing to play along. 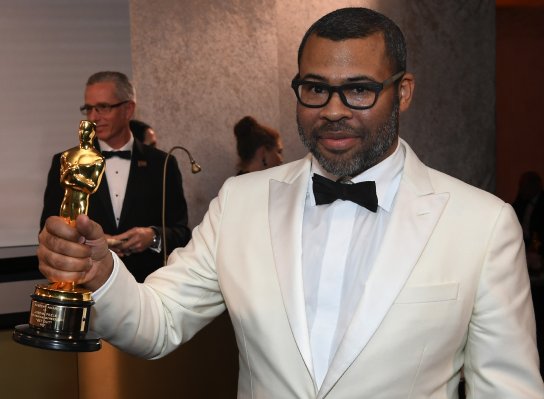 Jordan Peele Is Making a Lorena Bobbitt Docuseries From Her Perspective
Next Up: Editor's Pick